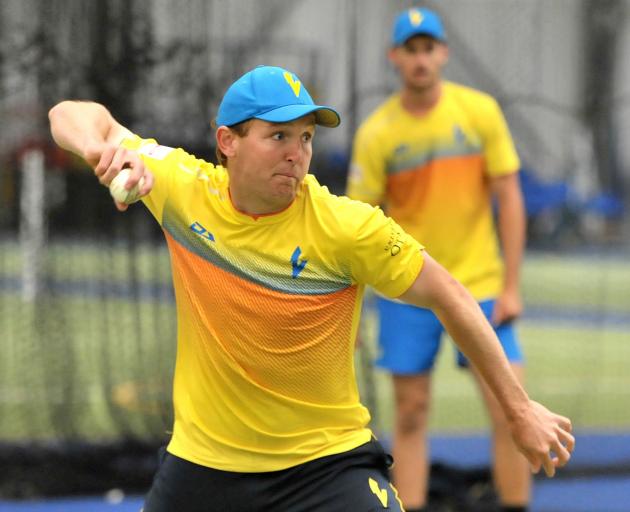 The 22-year-old right-armer has been named in the Volts squad for its season opening one-day match against Central Districts at Pukekura Park.

If he makes the starting XI, it will be his third game for the province but first at Pukekura Park.

It is one of the smaller venues in the country. The length of the boundaries offers angst rather than comfort.

"I told my old man I was going to play there and he kind of just said good luck," McKenzie said.

His father, Grant McKenzie, played 34 first-class and 11 list A games for Northern Districts from 1984-91.

He was a right-hand batsman who bowled some left arm spin as well.

The team plan offers a little more reassurance, though.

"We’ve got our plans to each of the individual batters and will just try and stick to that.

"You bowl your best ball and if it goes the distance that is unfortunate. But at least you know you’ve put it in the right spot.

"Try not to go for too many runs is the only message, really."

Easier said than done. Central Districts have some quality batsmen in the line-up, including George Worker and Tom Bruce who have both played international cricket.

It is a daunting challenge, but the medium pacer has an adventurous spirit.

He was born in Wellington but grew up in Auckland and went to Westlake Boys’ High School.

He attended Victoria University of Wellington and studied marketing and management.

McKenzie had planned to head to England in 2019, but when that fell through he moved to Dunedin instead — a pretty good plan D, as they say in the marketing world.

"One of my good mates had a space in a flat so I popped down and decided to stay for the summer and see how the cricket went, basically."

He linked up with Albion and the club season went pretty well — so well he got opportunities for Otago A and in February this year played two one-dayers for the Volts.

That was a good opportunity but not his first break. Incredibly, he had already played a game for a New Zealand XI side against the West Indies in 2017.

He was working at Mighty Ape filling orders when New Zealand selector Gavin Larsen phoned him out of the blue and asked him if he wanted to play in the game.

Since arriving in Dunedin, McKenzie had completed his degree and started further study. He was doing a property valuation qualification through Massey University and working for Axia Property in Dunedin.

McKenzie was keen to push for a playing contract next season and tomorrow is an opportunity to make a statement.

"I’m really excited. I think I’m in a more positive spot than last season in terms of knowing my game. I’m looking forward to testing myself again."

Central Districts has six players unavailable due to selection in the Black Caps and New Zealand A squads, while pace bowlers Adam Milne and Ben Wheeler are out injured.