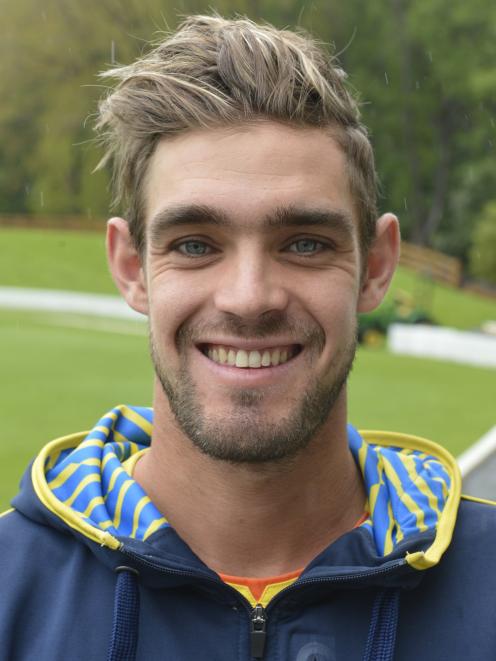 The 28-year-old made a surprise appearance at the Black Caps South Island training camp in Lincoln last week.

It was a wonderful opportunity for the South African-born left-arm wrist spinner to demonstrate his skills and form a relationship with the national coach.

He had a tremendous season with both the ball and the bat last summer and that success has obviously not gone unnoticed.

"It is a step in the right direction. Just getting to meet everyone and forming relationships and getting an idea of what they are about and vice versa has been helpful.

"And, like you say, it is the beginning of the conversation that you are on the radar, you know."

Rippon made his way out to Dunedin in January 2017 to provide some spin cover for Otago.

He quickly proved his worth and returned the following season and declared his intention to qualify for New Zealand.

Rippon has been eligible to play for his adopted country since late February. However,

should the New Zealand selectors consider picking him for either the Black Caps or a New Zealand A side, they will
need to first apply to the
ICC to ensure he has met eligibility criteria.

Rippon, who has represented the Netherlands, made impressive strides last season.

He was Otago’s leading run-scorer in the first-class tournament. He accumulated 364 runs at a healthy average of 72.80 from his spot in the lower middle order.

Rippon also claimed 12
wickets at 23.33 and was one of Otago’s best players in the one-day tournament.

He also bowled some frugal spells during the twenty20 tournament to help underline his value to the side.

Rippon put a lot of work into his long-form batting and was rewarded with a match-winning knock of 95 not out in the last game of the season.

He also scored a career-high 98 during an Otago record 190-run partnership for the seventh wicket with Nathan Smith — another player who is on the rise.

The pair teamed up for a couple of damaging partnerships.

Smith will be joined by Otago captain Jacob Duffy at a similar national training camp this year, while seamer Michael Rae has been included in the national winter training squad.

When the likes of Dean Foxcroft and Nick Kelly, who made their debut for Otago last season, are added, the Volts are building nicely.

They made the playoffs of both the one-day and the twenty20 competition last season.

The first-class season was cut short due to Covid-19. But there are signs the team is improving its red-ball cricket as well.