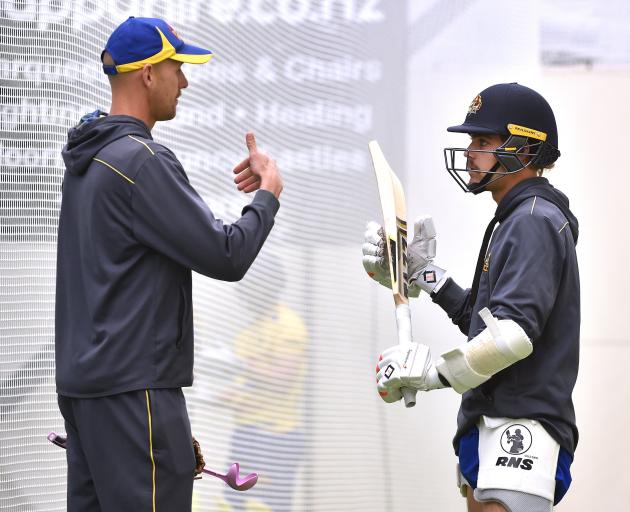 Roux (38), who is in his fourth season with the Otago Volts, has been part of a coaching team working alongside head coach Rob Walter.

He has been recognised by New Zealand Cricket as a talented professional coach, having worked with national representative teams in recent years including time as an assistant coach for New Zealand A during the recent series against India.

Otago Cricket Association performance and talent manager Simon Forde said Roux had played an important role in helping rebuild the Volts and would be missed.

"He is a quality man and a quality coach, and he will be missed by the Volts playing group and support staff," Forde said.

"He has brought a wealth of knowledge and experience to the role, which will be very hard to replace."

"My time with the Volts, and Otago, has unfortunately come to an end but what a journey it has been," he said.

"To be able to coach cricket in this beautiful part of the world has truly been an honour, and the relationships that have been created with players and people around New Zealand is something very dear to my heart.

"But all journeys come to an end. Working closely with Rob [Walter] has been special, to say the least, and hopefully somewhere down the line our coaching paths cross again.

"I will undoubtedly miss Otago but have plentiful fond memories to look back upon. I will forever be a supporter of the Volts and look forward to seeing this team grow into something special.”

Walter said Roux’s knowledge and passion had been instrumental in helping turn around the Volts’ performances.

"No doubt his passion and infectious personality will be missed in the changing room," Walter said.

"Whilst this is a loss for the Volts, I have no doubt he will make a great success of this next phase in his cricket journey.

Roux will take up the role of pathway coach at Trent Bridge, working closely with the next generation of Notts players. He will also work as skills coach, alongside first-team head coach Peter Moores.