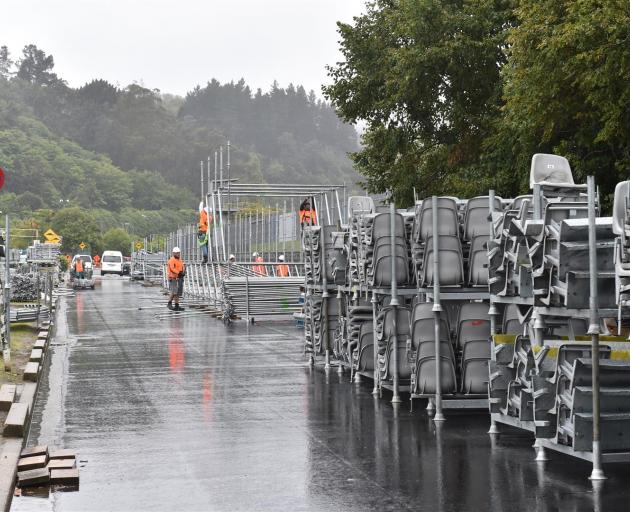 If there is a cricket game scheduled it will rain, right?

But while a washout is only a possibility, a sellout is looking very likely.

Dunedin Venues chief executive Terry Davies said there were about 500 tickets remaining for the twenty20 international between New Zealand and Australia on March 24.

Construction on the temporary stand is under way. It will cater for another 2500 fans, lifting the capacity of the venue to 7500.

‘‘Sales have gone pretty strongly. We’ve only got about 500-odd tickets left to sell so the message is get in and get those tickets as quick as you can,’’ Davies said.

‘‘I’m not sure what the biggest crowd has been at Uni Oval but this will certainly be the biggest we’ve staged there.

‘‘It will look spectacular on the day if the weather is good.’’

Yes. The weather. It has not played ball that often this summer.

The women’s T20 between New Zealand and South Africa on February 13 was washed out without a ball bowled.

Otago’s first-class match against Auckland beginning in late October was abandoned without a ball bowled, while the other two four-day games at the venue this summer have also been affected by poor weather, including yesterday’s Plunket Shield game against Central Districts when day one was lost to drizzle.

The Volts’ one-dayer against Northern Districts on February 2 never got started, and a T20 match against Auckland on December 19 got under way but was rained off after just 7.4 overs.

Dunedin has hosted two test s in the past which were abandoned without a ball bowled, so the city does not have a great track record.

There is no reserve day, so needless to say the event has been insured. If it is rained off, Dunedin Venues will recuperate its costs.