Three teams have a perfect record after the opening two days at the annual South Island primary schools tournament in Alexandra.

But only one name is on everybody’s lips.

South Canterbury batter Phoenix Smith has emerged as the star of the tournament, having scored 226 runs at an average of 113.

He followed up his twin half-centuries on the opening day with a sizzling 82 not out off just 30 balls (seven fours and seven sixes) as South Canterbury racked up 227 for seven in a big win over Invercargill Metro yesterday.

In the afternoon round, Smith was moved to the bottom of the order, and his team was in dire straits at eight for seven against Canterbury Country White when he bashed 27 not out off 15 balls before running out of partners.

Other highlights of yesterday’s play included a wonderful 77 not out (44 balls, nine fours and four sixes) from North Otago batter Cash Paterson, and a haul of five for 11 from Otago County Kopuwai bowler Connor Bruce.

- Paige Loggenberg and Chloe Deerness combined to carry Otago to its second win at the women’s under-19 tournament.

Loggenberg top-scored with 45 not out from 41 deliveries to help her side post 175. Then Deerness snapped up four wickets for 20 runs to help dismiss the home team for 137.

Central will resume day three on 98 for three. 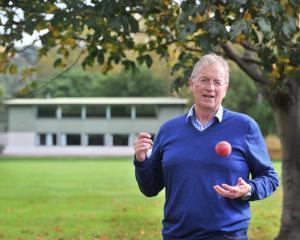