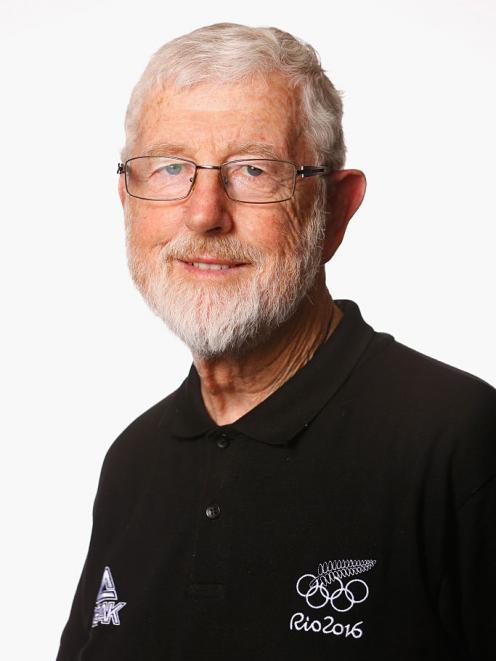 Highly regarded New Zealand sport psychologist Gary Hermansson says we are too hard on our athletes.

The emotional pressure sportspeople are under is now greater.

It has only been a couple of days of lockdown and already the house is starting to feel awfully small.

Now imagine you have just escaped an even smaller space in a managed isolation facility, had a brief taste of freedom then joined the country in a nationwide lockdown.

The likes of Dunedin swimmer Erika Fairweather and some of our sevens players emerged from MIQ on Monday and already they are back in a kind of confinement.

That is tough. Then you add in the post-Olympic blues, the extra pressure some athletes feel under these days and the sudden loss of cyclist Olivia Podmore, and you have a very challenging environment, Hermansson suggested.

“I think there is stress all round with that," he told the Otago Daily Times yesterday.

“One problem is, you get yourself so focused on the opportunity ... and then having to reset can knock you back a wee bit. For some it could be quite devastating."

He said High Performance Sport New Zealand was very aware of the mental health challenges and had been working hard to support the athletes.

“But there is a post-Olympic let-down, no matter what your circumstances are.

"For some, that can be quite distressing, really. It is like: what do I do now, what are my goals, who am I if I’m not that?

“There is a whole of mix of stuff."

Hermansson said people needed to be prepared to ask for support, and even professional help.

Athletes have been reluctant to reach out in the past but Hermansson said progress had been made.

“My first Commonwealth Games in 1988 was almost a quite isolating experience, because people just did not want to be seen in my [professional] company.

"They would tighten up and really just want to get away as quickly as they could.

“But over time there has been a shift in that regard ... and athletes are much more open.

"The message is: reach out, don’t struggle along alone."

Sportspeople are, he argues, under much more scrutiny and pressure than previously and we are all to blame for that.

The funding model, the 24-hour news cycle and the rise of social media has intensified the pressure.

“As a nation, we put massive pressure on our athletes — it is part of our identity as a nation, and we lose perspective on that at times.

“Professionalism and the rewards which go with success are also providing risks around fear of failure.

"The contemporary scene for athletes is brutal. Ten to 15 years ago, it was maybe a brief blip and you get back to your work and your life.

"But now there is much more visibility and the consequences are greater emotionally. To that extent, being a high performance athlete is very demanding and we, as a nation, don’t always provide the right attitude and the right perspective to allow young athletes to feel emotionally safe."