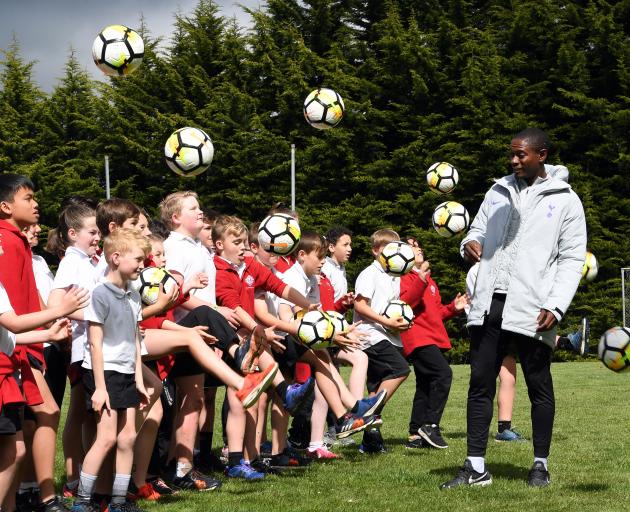 It was no wonder that Fairfield School was fizzing yesterday as two development coaches for Tottenham Hotspur gave pupils nutrition and match tips.

They are in the country as part of a national tour in support of the six-week New Zealand's Healthiest Schools Challenge.

Blackwood said the main goal was to give the children information about nutrition.

"We tell them to eat the rainbow. Making your plate colourful will make it more likely they're getting the vegetables they need.

"In many countries like New Zealand, increasing numbers of people are dying of entirely preventable diseases.''

The response from pupils was "incredible''.

"We landed in New Zealand yesterday, so we're quite tired, but the energy from the children is keeping us going.''

The two coaches spoke to the pupils of Fairfield School at an assembly before taking groups of them on to the field and through ball exercises and games.

The visit was arranged by AIA, the global principal partner of the football club and behind the healthy schools challenge.

Deputy principal Dean Gordon said the school was lucky to have the coaches, especially since their school was only one of two in the South Island they were visiting.

"Yeah it's definitely great for us to have sportspeople of that calibre.''