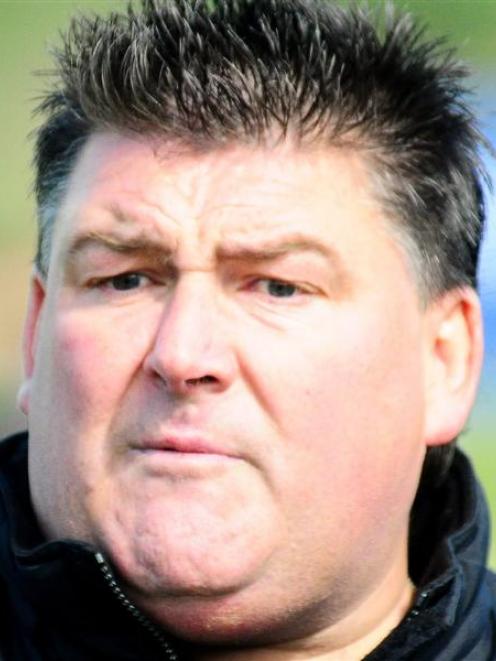 Mike Fridge
Mike Fridge is the new coach of Southern United and is already working towards the new season.

Fridge (49) coached the Dunedin Technical club side for seven seasons from 2007 before giving it up last year.

But his appetite for coaching never diminished, and when the coaching vacancy at Southern United came up, he knew it was a job he wanted.

''It is a great challenge and one I'm very much looking forward to. That is what attracted me to the job. I am still very passionate about the game,'' Fridge said.

Fridge came from Inverness, in northern Scotland, to Dunedin in 2007 to coach the Technical side.

Southern United has had a tough few years in the national league, up against well-resourced and powerful North Island sides. Fridge is well aware of the task awaiting him.

''We have got a good quality of player down here and I have already started identifying players who I believe can play and are keen to play. I think we can put a good team on the park.''

Fridge takes over from Luiz Uehara, who did not apply for the coaching job after one year in charge.

Fridge has signed a two-year contract. He has yet to appoint any of his back-room staff but said there were a couple of people he was going to meet.

The season does not start until November and Fridge said there was time for the side to get organised and get combinations going.

Scoring chances were few and far last night as the Football Ferns and Brazil battled to a 0-0 draw at Owen Delany Park in Taupo, APNZ reported.