Roslyn Wakari and Queenstown fought out a 2-2 draw in the southern premier league at Ellis Park on Saturday.

Queenstown played a possession-based game while Roslyn delivered a strong pressing game with the emphasis on getting the ball forward to the strong running of Tennesse Kinghorn.

The breakthrough came on halftime when Kinghorn was fouled on the edge of the box and the free kick from Luke Clissold was bent over the wall and into the net.

Queenstown started the second half more strongly, skipper Thomas Mills standing out, and it equalised after Luke Williams hand-balled and Carlos Herrmann scored from the spot

Queenstown then went ahead when Jan Kumar found himself inside the box and, with his back to goal, spun and placed his shot with power, beating Tom Stevens at the near post.

Roslyn responded and, with one-touch interplays, got in behind the defence. The pressure paid off when Michael Sannum pushed forward and buried his shot to equalise.

In a final push for a winner, Roslyn peppered the Queenstown defence with several corners and crosses into the box .

University was much more clinical in the final third of the pitch and ran out a 4-1 winner over Caversham at Hancock Park.

The first half was a free-flowing affair with few genuine scoring opportunities and it took until the 38th minute when University counterattacked and Dominic Scahill showed a deft touch to flick the ball over Caversham keeper Liam Little to open the scoring. The students made it 2-0 early in the second half through an Oban Hawkins long-range shot.

Ben Stanley rifled one in from the edge of the box six minutes later and University was in the driving seat.

Tom Stewart made it 4-0 from the penalty spot on 65 minutes. Caversham’s Max Johnston scored a last-minute consolation.

Green Island had a convincing 4-0 over Wanaka at Sunnyvale.

Matt Brazier earned a penalty in the 17th minute when he went down in the box in a challenge with Thomas Van Hees. Tom Milton stepped up and put his shot past Lukas Schafer

Green Island scored again in the 23rd minute when Brazier won a header from a long clearance. The ball was played to Eddie Wilkinson who crossed to Liam Carrington to finish into the bottom-left corner.

Early in the second half, Green Island put in a long ball and Schafer dived at the feet of Brazier to clear the danger.

Initially, it was a free kick to Wanaka but the linesman intervened and, after a discussion, the referee awarded a penalty. Milton stepped up to score again.

Milton then claimed his hat trick, beating three players and chipping the goalkeeper.

Dunedin Technical had its second win of the season, beating Northern 3-0 at Tahuna Park.

Thomas Petersen scored after 31 minutes and goals in the second half from Chris Boomer and Ash Watson confirmed the victory. 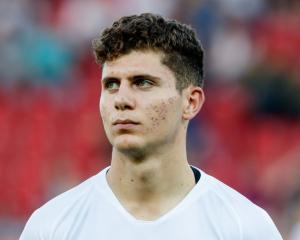 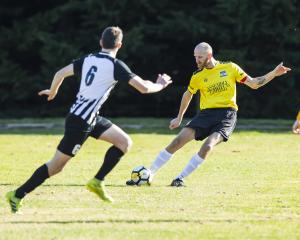 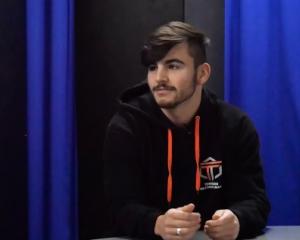