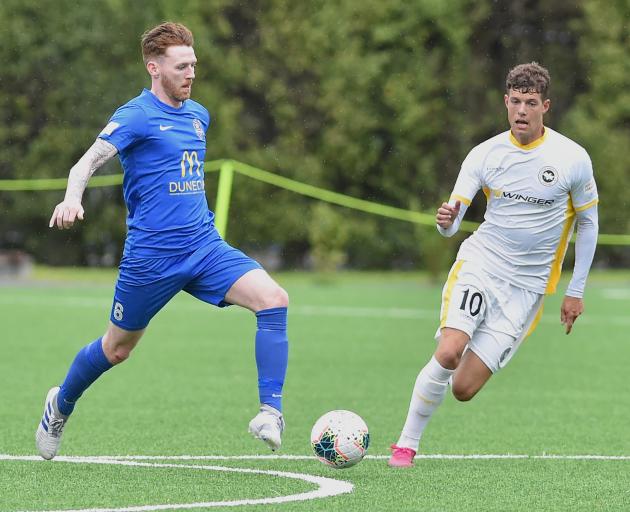 That proved true for Southern United against on Saturday.

Two quick goals midway through the first half set the platform as Eastern Suburbs powered away to a 4-2 win at Logan Park.

The loss was Southern's seventh in a row against a Suburbs which again demonstrated its class.

While the line-up was vastly different from the one which won last year's title, it still remains a quality outfit.

After a back-and-forth opening it was Southern that created the first genuine chance.

Joel Stevens showed his pace as he broke down the right wing.

He crossed in, but Cameron MacKenzie was just wide to the left in front of the goal.

Before that, Suburbs had looked to get in behind the Southern defence, which was pressing up.

It had been caught offside several times early, but it capitalised on the play following MacKenzie's miss.

A ball in behind the defence down the left drew out Southern goal keeper Liam Little.

Little slipped and, while the defence scrambled, Suburbs centred to Reid Drake who slotted home in the 24th minute.

Kevin Kalua delivered a nice cross in from the right for Bueno to rise and head in excellently.

It was the key period and, from that moment, Suburbs held control, although Southern began creating chances later in the half.

Stevens continued to be a constant threat down the right wing and again created a chance for MacKenzie.

But the Suburbs defence held on and, right after halftime, made it 3-0 through Stephen Hoyle.

The visiting side broke up the right, again finding space behind the defence and forcing Little off his line, before Hoyle poked in a cross.

Again another goal followed straight away, but this time from Southern.

Garbhan Coughlan was taken down as he looked to attack in the box and slotted the ensuing penalty.

However, Suburbs quickly quelled the comeback.

It seemed to be playing with the Southern defence, which folded as Mohamed Awad finished a far too easy goal to make it 4-1.

Cody Brook finished a superb header from a Coughlan cross to bring Southern back one.

But it was all it could manage as the rain teemed down.

It continued to push forward and look to create chances.

But it could not put any away and was left to suffer its second consecutive loss.