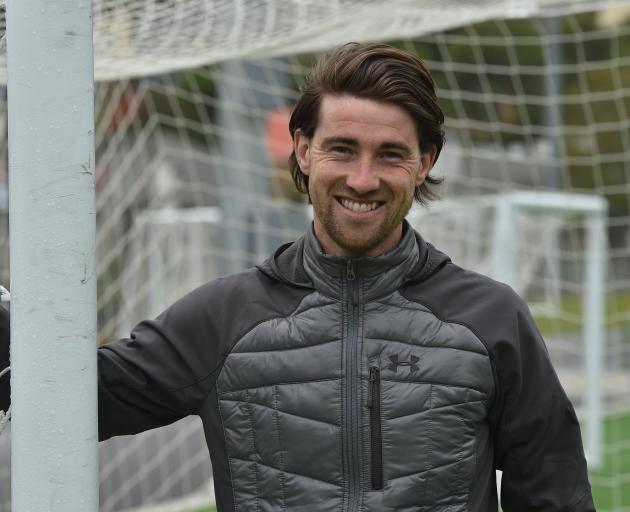 Former Southern United star Garbhan Coughlan at Logan Park Turf this week as he finishes at Football South and prepares to make his move to Christchurch permanent. PHOTO: GREGOR RICHARDSON
Few players have made an impact on Southern United the way Garbhan Coughlan did. Jeff Cheshire caught up with the  best  goal-scorer in the club’s history as he finishes at Football South today.

This week has felt a little surreal to Garbhan Coughlan.

The 27-year-old returned to Dunedin and today will head into the Football South offices for a final time as an employee.

He is not going far.

The Irishman has taken a job in competitions and development at Mainland Football.

There he will play for Canterbury United in this year’s national premiership.

He has lived in Christchurch with his partner, Hayley, most of the year and spent a lot of time there last year, too.

The combination of his partner and Southern’s absence from this year’s national premiership was behind the move.

It concludes three years in the South in which he emerged as a star for Southern United.

He arrived a year after the bulk of the rest of the club’s Irish contingent after finishing university.

Plenty of hype came with him — hype he more than delivered on.

In 47 games he scored a remarkable 29 goals for the club.

Thirteen of those came in his second season, in which he unleashed a devastating run of form on the league.

The strike rate is impressive.

So is the quantity.

Blair Scoullar had been the club’s previous top goal-scorer — including its Otago United days — with 14.

The year before Coughlan arrived the entire team only scored 20 goals.

It was a move he was glad to have made and he said he had enjoyed "three really good years" with the team and working at Football South.

"I was fairly naive at the time.

"I was just finishing university and I was really keen to get out and do something different.

"When New Zealand came on the horizon I said I’d jump at the chance.

The financial stability of playing in New Zealand was a major lure over remaining at home.

While his income came from working as a competitions manager alongside playing, it was a year-round job.

In Ireland, professional players would be paid for 38-42 weeks of the year.

That could make the remaining time tough. Things such as getting a mortgage were more or less impossible.

He felt the move had improved his football, too.

The New Zealand style of playing with the ball and trying to break down defences was more enjoyable than the more direct style in Ireland.

It had also forced him into a new role which he has grown in as well.

"But I think with [Danny] Furlong, who was there before me, I played behind him a bit.

"When he left halfway through the season, I just went into No9 and haven’t looked back since.

"I’ve always loved scoring goals, but I probably wouldn’t have thought I’d have had the success I’ve had over here.

"So it’s been really good for me and my career, I guess."

Returning to Ireland had not been a serious consideration, particularly given the success New Zealand has had in tackling Covid-19.

He admitted his parents would love him to go home.

However, for now he is happy in New Zealand and plans to be around for a while yet.

He had spent the winter playing for Cashmere Technical in the Mainland Premier League.

"Much to my partner’s delight I’ll be in red and black.

"She’s from there, so she was keen to get me there.

"It’s good to get back to as close to fulltime football as this country can offer." 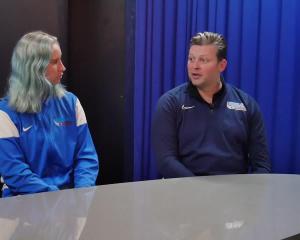 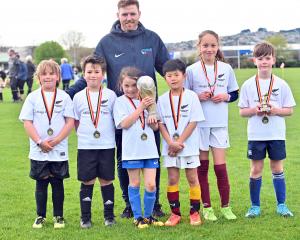