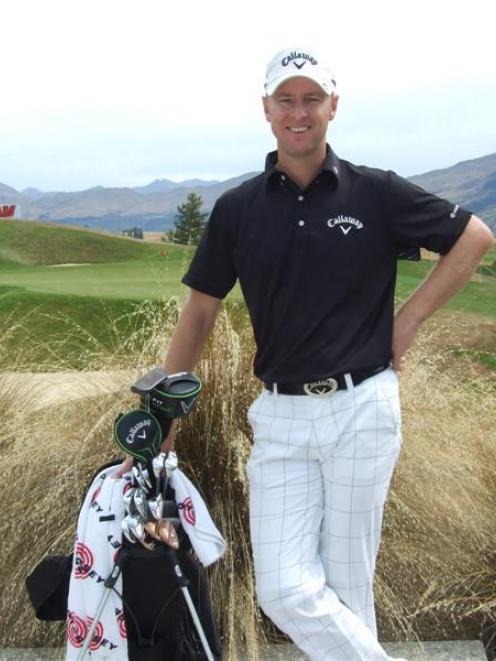 Brendan Jones, of Australia, at The Hills yesterday in the build-up to the New Zealand PGA Championship which begins at the course on Thursday. Photo by Olivia Caldwell.
The top-ranked player of this week's New Zealand PGA Championship at The Hills, Brendan Jones, says he does not feel like the favourite. In fact, the New South Welshman is treating it a little bit like a holiday.

The world No 82 arrived in Queenstown on Saturday with his wife and two children to meet up with a friend he made at last year's tournament who goes by the name of Justin Marshall.

He and the former All Black were paired in the pro-am format. Jones said it was a relationship of influences.

While Marshall has joined as a member of The Hills to better his golfing handicap, Jones was taking tips on Queenstown life.

''Justin took us out on his boat and I tried to do a little bit of water skiing with the emphasis on trying. My body feels like I was out there for hours, but the fact is the best I did was standing up for about 10 seconds.

''I've tried to have a little holiday as well as play a little golf as well.''

The holiday is going so well he and his wife, Adele, are considering buying property in the area.

''I think we'll be putting a deposit on something before we head back. It makes sense to me.

''Maybe now with the family being here, the boss [Adele] will tell me if we should or shouldn't. I'm thinking she will be open to the idea.''

Jones admits he is a little off the boil, coming off a near two-month break from serious golf. His last competitive tournaments were last year's Australian Open and Australian PGA in December.

''We play so competitively week in, week out, it's nice to have a semi sort of relaxed feel about it.''

He said the timing of this week's PGA was not the best in terms of preparation, but it was a tournament he looked forward to in his calendar, which includes his favoured Japan Tour.

''I personally think it's fantastic. You know, we play so seriously every week of the year. Jones said come tomorrow the ''the juices will start to flow again'' and he would leave a lot to experience to keep up with the players he thought were more on their game.

''I don't think I'm favourite for the tournament. There have been guys here that have been playing competitively now for the last month. I haven't had those competitive juices flowing and I am under done.

''There's obviously guys who have been playing well and who have been in contention the last few weeks. That's where the favouritism should be, but hopefully I'll be there come Sunday afternoon.'' 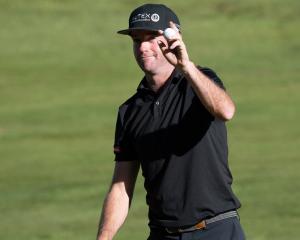 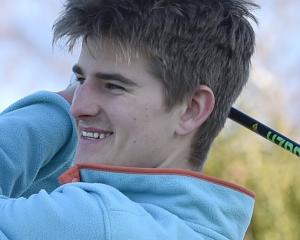 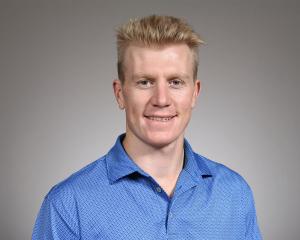 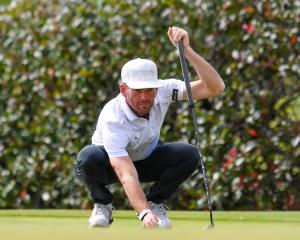