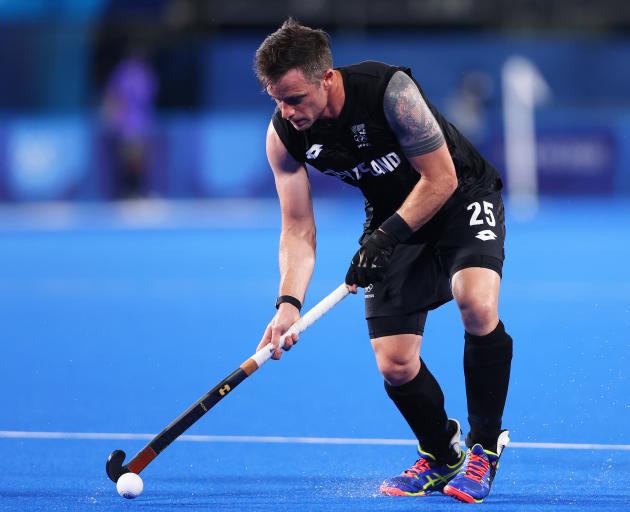 McAleese yesterday confirmed his retirement after earning the last of his 350 caps at the Tokyo Olympics.

Blessed with remarkable vision and speed, McAleese has been a mainstay of the Black Sticks for more than 15 years.

Only Phil Burrows and Ryan Archibald have played more games for the national men’s team.

‘‘I can’t put into words what it meant to play for New Zealand, but I cherished every time I wore the black shirt,’’ McAleese said.

‘‘I have met some amazing people through hockey all over the world and made lifelong friends.’’

He said he was grateful every time he got to step on to the turf, acknowledging this in his own way by writing ‘‘EYLG — Enjoy Your Last Game’’ on his wrist every time he played.

Alongside a glittering international career, McAleese forged an impressive domestic resume for Canterbury and the Central Falcons, as well as several successful stints in Europe for club sides Hamburg, HGC and Braxgata.

McAleese was unsure if he would play for Hawke’s Bay at this year’s national championship but was looking forward to life after international hockey.

‘‘I’m looking forward to getting home and spending regular time with my wife and little girl.

‘‘I will need to train for something. What that looks like, I’m not sure — maybe a marathon or something — but I’m still very keen to stay involved in hockey and give back to the sport which has given me so much.’’

Blacks Sticks assistant coach Dean Couzins, who combined with McAleese for more than 100 tests as a player, paid tribute to his long-time teammate.

‘‘It was always such a pleasure to firstly play alongside Shea and then what I’d describe as ‘partner with him’ as a coach,’’ Couzins said.

‘‘He has always given everything for his country ... to me he is the epitome of the ‘team man’.’’

Couzins highlighted the fact McAleese had played in just about every position during his career, even training at length as a back-up goalkeeper.

‘‘He has developed into a leader and role model to so many players that have played for the Black Sticks.’’