Only direction for Thomas is forward

Dylan Thomas is heading in a good direction. 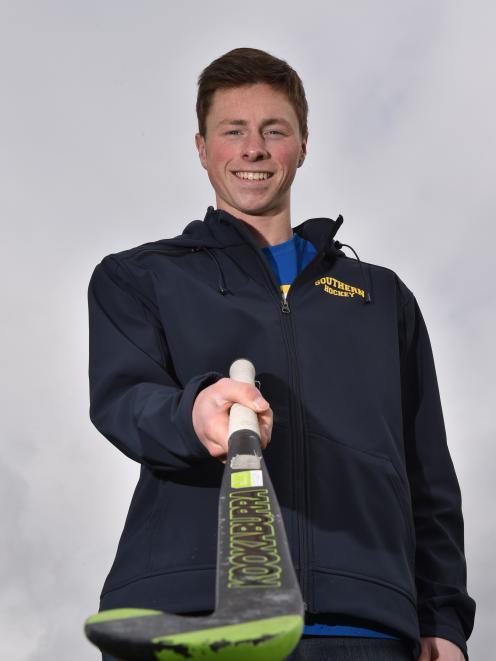 Many strikers eventually drift back into the midfield and may even end up in the defence.

Not Thomas. The 20-year-old Southern Dogs player started out as a defender, made his way into the midfield and now he has reinvented himself as a striker.

The transition is working out well. He has been selected in the New Zealand under-21 team which will contest the Sultan of Johor Cup in Malaysia next month.

"I'm looking forward to it. I was selected in the wider squad last year but this year is the first time I've made the team," he said.

"There has been a bit of a change of position. I'm playing up front and it has seemed to work out well."

Thomas started taking hockey seriously when he was 10 or 11. He made an Otago age-group team that year.

He was a keen footballer at the time. But it was beginning to get too hard to do both, so he chose hockey.

Initially, Thomas could be spotted at centre back. But the former King's High School pupil switched to the midfield in year 13.

But last year he moved further forward and played as a striker for Southern in the National Hockey League.

"I managed to get some goals, so I kept on going."

Thomas will be in familiar company on the trip to Malaysia. Southern team-mates Finn and Jordan Ward and Malachi Buschl have also been named in the squad. The quartet will be hoping to follow in the footsteps of the likes of Blair Tarrant, Kane Russell and Hugo Inglis.

The trio honed their hockey skills in the city and have collectively gone on to play more than 550 games for their country.

More immediately, though, Thomas is focused on the National Hockey League campaign with Southern.

They will be without Tarrant, Russell and Inglis but Black Stick Nick Ross is expected to make an appearance, while experienced midfielder Nick Elder and striker Kieran O'Connor shape as other key players.

"I think we have a better side than last year.

"You'd have to say we're underdogs. We've got a pretty tough pool and all the other sides have played preseason tournaments against each other."

Southern will begin its bid against North Harbour, which lost the 2018 final in an agonising shootout against Capital.