Peyroux talks up the Storm 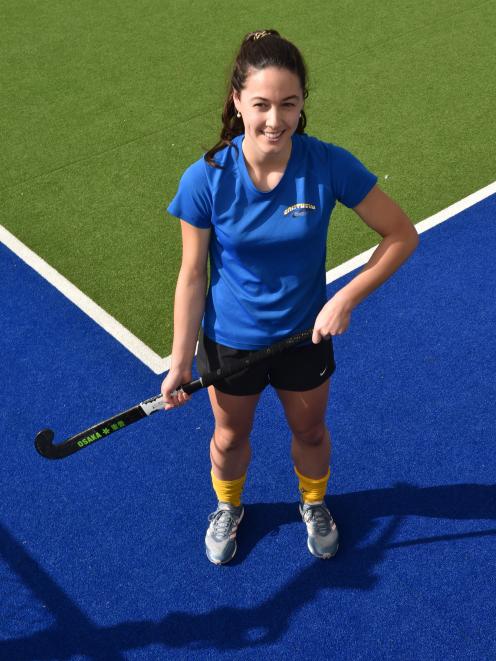 But the 23-year-old student does not need a medical degree to diagnose what has been going wrong for the Southern Storm.

The team has really struggled to get the ball in the net. You end up losing a lot of games if you cannot score. And the Storm has lost a lot of games.

Peyroux is in her third season and knows only too well how hard it has been. As a striker, it is her responsibility to make sure the team can fill something in on the score sheet.

''But I think we've had really good preparation this year compared to other years.

''And we've had a few experienced players like Millie Cowan and Dayna Holland - the two captains of our team - come back. That has really helped us.

''That's good because a couple of years ago we were all very young.''

The other major issues preventing the Storm reaching its potential during the years has been geography.

So many of the players have been based out of the region. That has made training awkward. There just has not been enough bodies on the ground.

The preseasons have been limited and generally the Storm has arrived at the tournament week completely underdone in comparison with its opponents.

This year there is a solid core of 10-11 players based in the city and Peyroux, who is from Dunedin, believes that will make a big difference when the tournament gets under way in Tauranga on Saturday.

That said, the side is very realistic about its prospects. The top four is likely to be out of reach.

But the team hopes to do well in the bottom four and fight its way into the playoff for fifth and sixth.

''We have to be realistic, but this is definitely the strongest team we've had in the last few years. I'm looking forward to this tournament a lot. It would be a good way to finish the NHL.''

The National Hockey League will go back to an association rather than regional based tournament next year - and that means the end of the Storm.

Peyroux plans to continue playing next year. Her studies were the priority for a while, but she is hoping she will have more time next year and has aspirations of playing international hockey.

''I think that is probably every player's dream. But balancing medicine and hockey, it is probably something that is not going to happen.''