Ice hockey: Stampede playing well at both ends this season 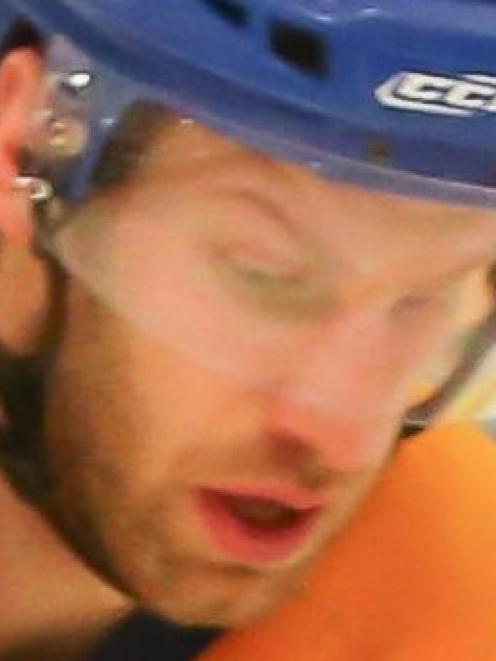 Matt Schneider.
The New Zealand Ice Hockey League is the Southern Stampede's to lose and injured captain Matt Schneider hopes to be back to help it win the title.

The Queenstown-based side is a clear leaqder in the five-team competition and has already booked a home final at the Queenstown Ice Arena next month.

It has won 11 of its 12 matches to sit on 34 points, 16 clear of the second-placed Canterbury Red Devils.

Schneider (31), who broke a bone in his foot in the first game of the season but played on thinking it was a bone bruise, was sidelined after the bone was displaced when he took a knock a few weeks ago.

He was put in a moon boot but is back skating and is a chance to return for the side's penultimate round of matches against the Botany Swarm in Queenstown tomorrow and Saturday.

The Canadian import said the side's success this year was due to playing a more complete game.

"Last year our skill level was really, really high and we scored some great goals, but this year we've really picked up our defensive side of things.

"Our coach [Adam Blanchette], right from the start of the season, really tried to implement more team play.

"That's been really successful this year. Our goal differential is really good and we're more proud of that than anything else.

"We've been playing really well at both ends of the ice.''

Import Schneider is in his fifth season with the Stampede after playing in the Canadian university league for five years.

He was a little surprised with how well things had gone this year but said the side always set out to win the league.

The Stampede will finish the regular season with a double-header against the West Auckland Admirals in Avondale on August 6-7, before hosting the finals series on August 27-28.

Meanwhile, the Dunedin Thunder's disappointing season continued with a brace of away losses to the Admirals last weekend.

The side lost 5-4 after losing a penalty shootout 1-0 in game one before going down 8-2 the next day.

It now has just one win from 12 matches and is last in the competition with four points.

The Thunder hosts the Canterbury Red Devils in Dunedin this weekend and has a week off before it welcomes the Admirals in the final round on August 13-14.