League: Win seen as sign of things to come 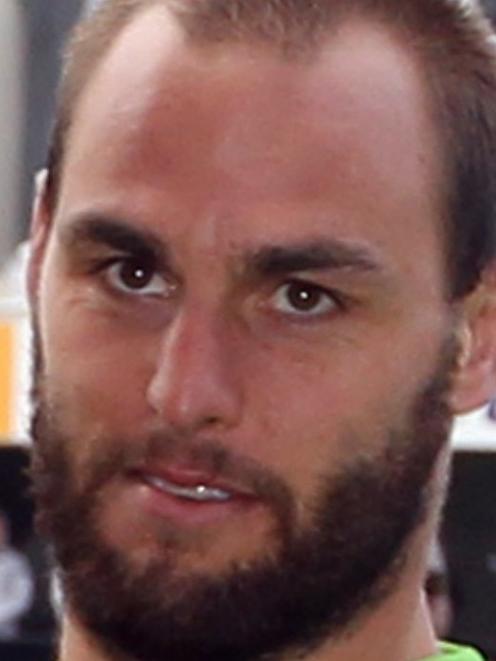 Simon Mannering
Warriors players are confident yesterday's 48-4 destruction of the Brisbane Broncos is a sign of good things to come.

With the Warriors due to kick off their NRL campaign in two weeks' time, they believe they have a strong attacking game and, equally importantly, have solidified their defence.

Captain and second rower Simon Mannering had his first run since the Kiwis failed in their World Cup bid.

He said he would have liked to play a bit longer than just over 50 minutes, but he was pleased with the hit-out and would be ready to go 80 minutes against the Paramatta Eels in round one.

While he was happy with his own performance, it was the team's that excited him more.

''Our defence was probably the most pleasing thing for me today, especially because in the past, scoring tries has never really been an issue, but defending our line has been at times.''

Mannering said he did not want to get too far ahead of himself but he was confident of translating the win into a strong season.

Key players in key positions all stood up yesterday and that had to bode well for the team.

''We also have a bit of depth in positions like the halves and centres, so that's got to be good.''

One player who stood up on attack and defence was hooker Nathan Friend.

Friend was pleased with his performance but was quick to point out the players around him made his job much easier.

''I think, overall, the performance from the team is the most pleasing.''

He said it was the first time the team had really gelled and he hoped the performance would translate into a better start to the season than last year's one win from the first seven matches.

''Its going to take a few games but our combinations are working well and our forwards are certainly getting over the advantage line.''

Halfback Shaun Johnson's fleet-footed skills had the Broncos on their toes all game.

He said his combination with standoff Chad Townsend was a work in progress due to the short time they had had together, but it looked promising.

''As a pairing we played pretty well and now all we have to do is keep feeding off each other and building on that performance.''

''The combination with my outside backs makes a huge difference and when they play well it makes my job so much easier,'' he said.

''What was promising today was we performed as we practised and it all came together.

''I have come from a very professional team in Wigan, but I think the culture of this club tops that and I am excited about what we can do this year.''