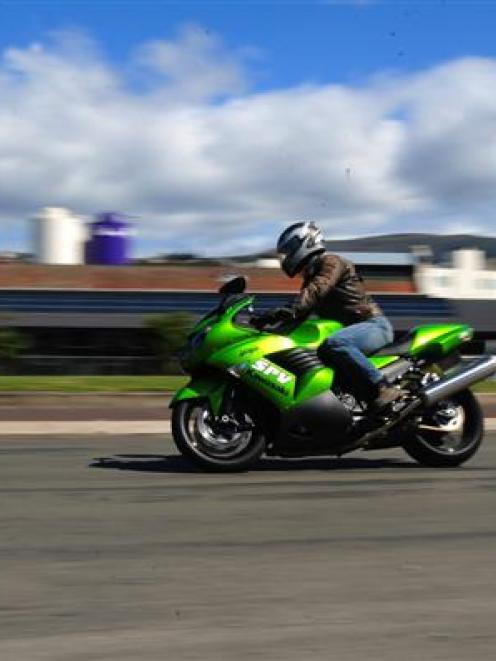 Kawasaki ZX14
It's green. Very green. And one of the fastest production motorcycles ever built.

It's just that it didn't become my present and make its presence under our Christmas tree.

So why a Kawasaki ZX14? Well, how about a 1352cc, 203hp four-cylinder engine capable of an arm-stretching 0-120kmh in 2.5sec and a top speed of 300kmh, the motorcycle industry's self-imposed limit?Kawasaki has never been shy about dishing out horsepower.

While Honda stole the original oohs and aahs with its ground-breaking CB750 back in the late 1960s, Big K assaulted the senses (and filled hospital wards) with its lethal and brutally beautiful Mach 3.

It was basic and fast; its three-cylinder 500cc two-stroke engine rattled and smoked from fuel station to fuel station, all the while trying to escape from a fairly flexible arrangement of a frame.

Not content, Kawasaki then upped the ante - and the noise, fuel consumption, and styling - with the Mach 4, a 750cc version.

So the Green Meanie legend was born. Oh, yes.

When the two-stroke death knell pealed in the early 1970s, Kawasaki had the (almost socially acceptable) answer.

The four-stroke, four-cylinder Z1, in its orignal "jaffa" colours, was a stunner. It was everything the Machs weren't - smoother, quieter, and, ah, faster.

Arguably, though, handling was on par.

Except for a dark period in the '80s when a colour-blind Kawasaki employee thought red was the new lime, green bikes from Kobe have come to symbolise horsepower.