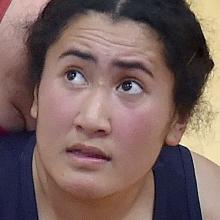 Talei Pelasio
In the battle of the top of the table, College defeated the Southern Magpies 46-43 in the Dunedin premier grade at the Edgar Centre on Saturday.

Both teams had yet to drop a game and a close match was expected .

College had an altered starting line-up as players were in Invercargill with the Southern Steel. Shooter Grace Namana and midcourter Kate Hartley were on the bench for the Steel alongside shooter Kiana Pelasio.

The altered line-up resulted in College struggling for flow in the attacking end compared to previous games. The side though was patient with ball in hand and kept itself in the game.

College took a slim 13-10 lead into the first break.

The second quarter was low-scoring and a very physical affair, both teams picking up several deflections while disrupting the attacking flow of their opponent.

College goal keep Clora Quinlan-Thompson made things difficult for the Southern attackers but a few unforced errors from both sides brought Southern back into the game at 16-16. A couple of quick goals scored by Talei Pelasio at goal shoot for College gave it the lead again at halftime at 23-19.

Southern made changes in the midcourt and defence in the third quarter, which created opportunities but not before College went out to a six-goal lead.

Sara McCarthy and Zoey Flockton combined well to snatch a couple of loose balls to start a fightback for Southern.

The young College attack line showed great composure under pressure and continued to shoot well at crucial moments. College maintained the lead at the final break at 33-30.

Southern grabbed every opportunity that came its way in the final stanza, most players grabbing a tip or intercept.

Southern stole the lead with four minutes left to play to go up by one for the first time in the match.

With two minutes left to play, Quinlan-Thompson struck again, snatching a great intercept from which Pelasio scored at the other end to bring it back to level with College having the centre pass.

A smooth centre pass to score gave College the lead once more and then Quinlan-Thompson snatched another great rebound for her side, College winning 46-43 to remain unbeaten at the top of the table.

In the other premier A games, Physed won all of its fixtures.

Physed B had a strong performance against South Pacific Titans A to win 69-38. Physed A had a good win over St Hilda’s Collegiate Senior A 64-52 while Physed C bagged its second win of the season against a struggling University Albion A 54-37. 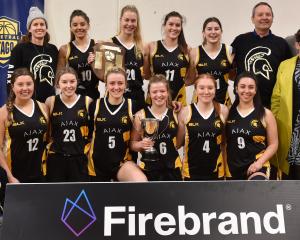