A rapid debut in London has Oli Chignell confident he has plenty more to come.

The Dunedin runner clocked a time of 27min 52sec in the 10,000m, in front of a crowd of several thousand at the Night of 10,000m PBs meeting at Highgate, in London, over the weekend.

He took 48 seconds off David Rush’s Otago record from 1989 in the process, while also coming within two seconds of a B-standard qualifier for the Birmingham Commonwealth Games.

It also propelled him to eighth on the all time New Zealand rankings.

Only brothers Jake and Zane Robertson — who are the two fastest New Zealanders in history over the distance — have gone faster this decade.

Despite that, Chignell felt he had more to give.

He had been targeting a World Championships qualifying time of 27min 28sec and had been on pace and feeling comfortable at the halfway point.

From there a small leading group broke away and he was forced to lead the small first chasing group.

He said that was a little disappointing, as the others in the group were reluctant to take the lead and it resulted in some jostling and some slowing down.

Despite that, he was encouraged by the first 5000m of the run.

He felt a World Championships qualifier, which would also be a New Zealand record, was possible under different race conditions.

"To take that much time off the Otago record is awesome," Chignell told the Otago Daily Times from London.

"Forty-eight seconds off the Otago record doesn’t happen everyday. It’s great to bring that down to under 28 minutes.

"Ultimately, it would be nice to get that New Zealand record outright, which I’m sure will happen in the next 12 months, which is very exciting.

"I’m very happy with the race and how my overseas endeavours have started. Two great races so far, not two perfect races, but unfortunately distance running is very rarely perfect.

"I’m going to keep doing what I’m doing, which is going out there and just leaving it all out there on the track and seeing what I can do. Continue to take some scalps and some big names while I’m at it."

The race followed a 5000m personal best of 13min 27sec in San Francisco early in the month.

Chignell is planning to base himself in London over the next four to six weeks and do some more racing around Europe. He has not yet confirmed his next race. 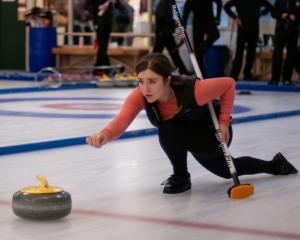