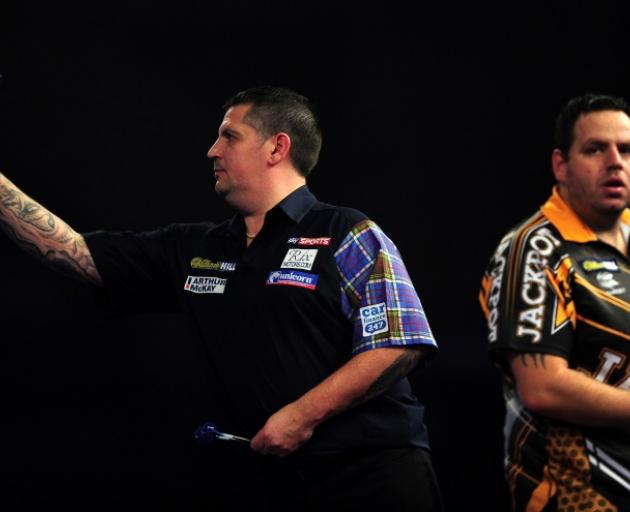 After the final of the PDC Darts World Championship, won by Gary Anderson for a second consecutive year, PDC chairman Barry Hearn could not be more positive about the current state of the sport.

It is hard to blame him either. The astronomical rise in the popularity of darts worldwide in recent years would have been hard to predict a decade ago.

Yet it has happened. What was once seen as a pub game has become big business. Darts is going global as a spectator sport and seems to get bigger and bigger each year.

The early-1980s are often referred to as the peak of darts' popularity. But on a worldwide scale, it is not hard to see this current age eclipsing that.

Not only is darts big in the UK now, it is becoming bigger globally. Alongside the World Championship and Premier League, the PDC holds tournaments all around the world, with many of the game's best players travelling to compete in them. New Zealand got its first taste of the action in 2015 and it did not disappoint.

As its growth continues, the Premier League will hold a round outside of the UK for the first time ever. Rotterdam in the Netherlands will host the world's best players at an event which sold 9500 tickets, a sell-out, in less than a hour.

While the party atmosphere no doubt makes the darts such a popular event to attend, even more significant to its success is the excitement of watching on television.

Sometimes it can be hard to pick which sports will be good on television and which won't. To those who have never seen it, darts might seem an unlikely candidate. But it only takes one or two viewings to realise otherwise. It just works and after you've got the bug, it is easy to get hooked.

The simplicity of it makes it easy to understand, score 501 points and finish on a double to win a leg. But being simple to understand does not make it simple to play. In fact so often it is cut-throat, a game of millimetres. The excitement of seeing someone try to close out a close leg, or pull off a nine-darter, is just hard not to buy into.

It is presented well too. The split-screen allows you to easily see the thrower and the board, while the graphics let you know exactly what combinations each player needs. You get a feel for the atmosphere, with the crowd singing a handful of favourites virtually non-stop for the whole game, while the commentators add to the drama.

The end result is a product that viewers are picking up on. It is not only in audience numbers the game is improving though. The standard of darts seems to keep getting better and better, while more international players from outside of the UK are showing themselves to be among the best.

There remains the criticism that darts does not have one true world champion. The split in the sport that saw many of the world's best players break away from the British Darts Organisation to launch the PDC sees that there are now two world championships.

It is the PDC that the money and popularity is with, though, and as that continues to grow, it is only going to build on its dominance. Whether it will ever break into the mainstream is another question. Whichever way it goes from here though, you have to say that the PDC has done pretty well for itself over the past decade.