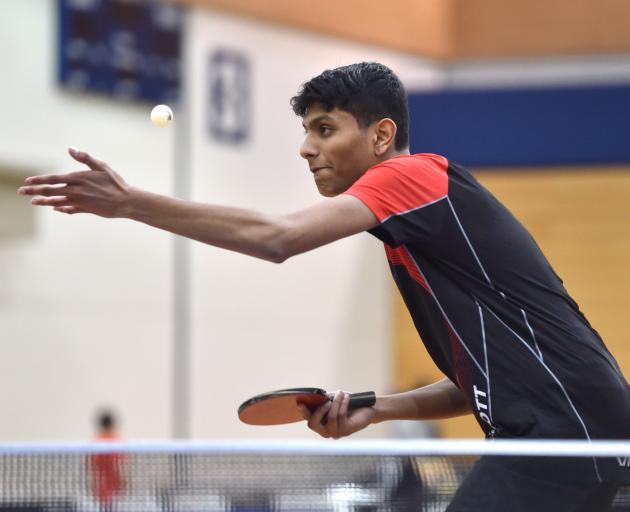 Vedang Gaikwad from Christchurch serves during an under-21 doubles semifinal at the Otago Open Table Tennis Championships yesterday. PHOTOS: GREGOR RICHARDSON
The Otago Open has attracted a decent field of just over 100 competitors.

That is on par with the turn out for last year’s tournament, and organiser Ben Duffy said he was "pretty happy" considering the challenging year everybody has had with Covid-19.

About 40 competitors are making the trip south from Christchurch, while another 25ish are driving north from Southland.

There are also a couple of competitors coming from the top of the South Island and "at least two from Auckland".

"They are hitchhiking their way down now," Duffy revealed.

They are not just any old competitors either. They happen to be the top two seeds in the open men’s tournament.

The intrepid adventurers are No 1seed Alfred Dela-Pena and Kelsey Amor.

Dela-Pena is ranked in the top 10 in the country. 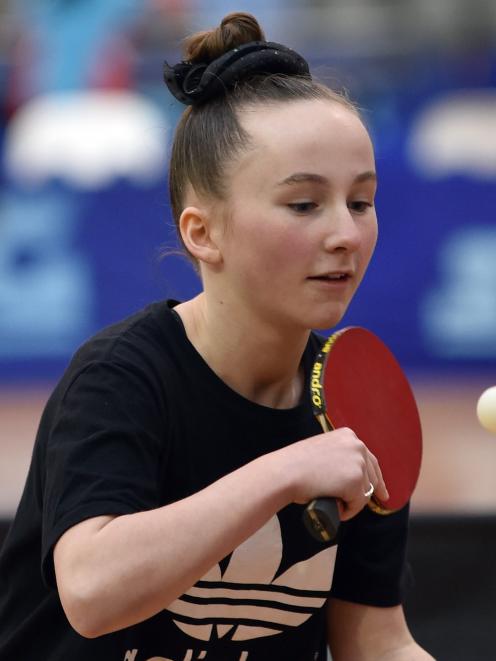 Southland’s Zoe Gray (12) hits the ball during an under-13 doubles final.

Both are left-handed attacking players who possess an array of shots and are exciting to watch.

Duffy, who is the vice-president of the Otago Table Tennis Association and one of the leading local contenders, said the men’s field had attracted 30 competitors.

"We don’t have the same calibre at the top end as we normally have, but there are a lot of good players from that next tier down. Anyone could win — up to 10 people could have a crack at winning it."

"He’ll give it ago," Duffy said, laughing.

Wang Qi is another Otago player to keep a close eye on throughout the men’s
competition. 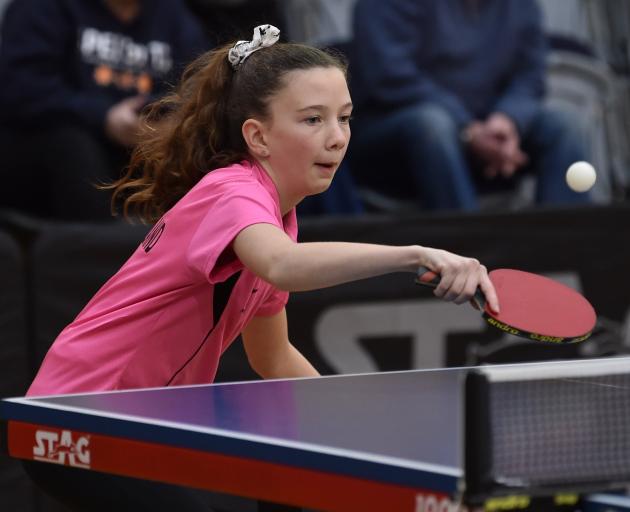 In the open women’s event, Jiayi Zhou from Christchurch shapes as one of the players to beat.

She is a defensive player with considerable international experience at the junior level, and one of New Zealand’s best senior players.

Otago’s Jill Liu (No 2) is an attacking player who has troubled Zhou in the past, while the No 3 seed Kris Alisch, from Canterbury, is expected to compete well.

The Otago Open got under way yesterday with the junior events, and the senior tournament starts today.