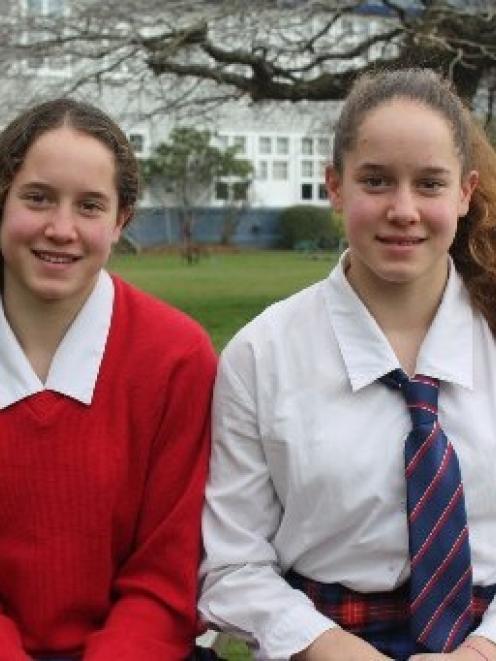 The highest-ranked female gymnasts in Southland train 14 hours a week at the Invercargill Gymnastics Club and attend as many competitions as possible.

The icing on the cake for Karisa came in Christchurch at the weekend when she was selected for the New Zealand step eight team to compete in Australia in September.

The two others in the team are from Auckland.

Kaley, who placed eighth in Christchurch, wishes her well.

''I would have liked to get into the team, but I'm happy for her.''

Karisa said it was more likely she would make the team as she competed in step eight last year, when Kaley was still in step seven.

''It's a bit easier for me because I've done step eight before and this is only Kaley's first year.''

Karisa was selected for the step eight national team last year but turned a place down.

''I didn't think I was ready. I had a lot of injuries, including a broken ankle from falling off the bar. This year I feel confident - and excited.''

The girls, who moved from Edendale to Colac Bay about three years ago, attend Southland Girls' High School. They train four evenings a week after school before travelling home, 45 minutes away.

They said they enjoyed gymnastics, although it meant a very busy life for them.

Their father, Shane, said he was enormously proud of both girls.

''They have both worked really hard and put in a huge effort.''