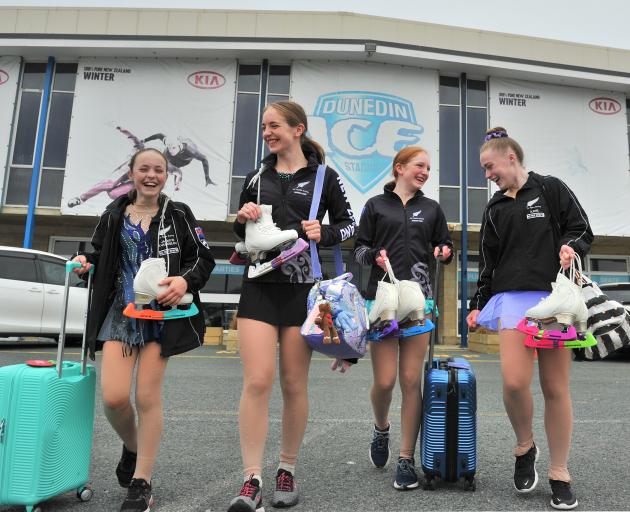 The quartet will compete at the Australian national championships, which begin tomorrow in Melbourne.

Katie St Clair-Newman (16), Jazmyn Evangelou (12) and sisters Hannah (16) and Rebekah Sime (12) will all represent New Zealand at the event.

Asia Tapealava and Brooke Cathro were also selected, although opted not to go.

Tapealava chose to focus on school exams, having recently returned from the Asian Open Figure Skating Trophy, while Cathro has her sights on heading to Russia in 2020 for some training after an exceptional year.

There is plenty of experience within the young group, all having represented New Zealand previously.

The Sime sisters are championship-bound for the third time, also having been to the Hollins Cup three times.

They will compete in the junior women and advanced novice ladies categories respectively.

Meanwhile St Clair-Newman will compete in the intermediate ladies and will attend her second Australian national championships.

Evangelou will compete for the first time, but brings experience from the Asian Open Figure Skating Trophy in Dongguan, China, earlier this year.

The quartet are all coached by Fanis Shakirzianau, while Evangelou is also coached by Morgan Figgins.

The championships begin tomorrow and run until next Friday.