Wanaka multisporter Ailsa Rollinson (26) is looking forward to this weekend's 375km Gold Rush adventure race, even though she has not seen the course. 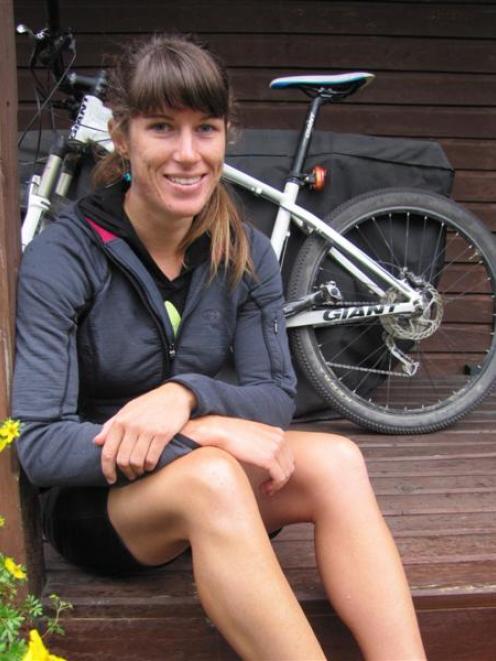 Maier is a late entrant to the elite field, along with Dunedin-based former professional mountain biker Norman Dunroy (United Kingdom), who has entered the men's elite field.

Race co-organiser Tim Pearson said yesterday Dunroy would be "an unknown force" against race favourites Gavin Mason and Dougal Allan, both of Wanaka.

Rollinson has supported other Gold Rush athletes but has never practised on the rugged high country terrain between Alexandra, Roxburgh and Tarras.

"I don't know who else has entered so I don't know what to expect. I just want to enjoy it. I am looking forward to camping out overnight and my mum and dad will be there as my support crew," she said.

She hopes more women will enter but acknowledged many found it hard balancing training with families and jobs.

"There's plenty of women out there and I am not sure what you can do to help them get into races like this. But there's been a lot of other races out there, too. You have to pick and choose."

The Christchurch-born athlete moved to Dunedin with her family when she was 10 and went to Otago Girls' High School.

She completed a degree in physical education at the University of Otago in 2008 and a certificate in adventure tourism from the Nelson Marlborough Institute of Technology last year.

Rollinson was a team sports player before switching to triathlon at university.

"I got a bike for my 21st birthday. My parents have always been involved in running so I had the running as well.

"But there's always something about putting three things together and I remember watching the Athens Olympic Games and triathletes did so well I wanted to get into it."

Rollinson qualified for the world age group triathlon championships on Australia's Gold Coast in 2009, finishing 25th in a field of about 70 athletes.

She then moved to Wanaka to further her multisport career and has made a mark in the region by consistently earning top three places in a variety of races.

In 2010, she bought a kayak and within two months had earned her grade 2 certificate.

She was the 11th woman home in this year's one-day Coast to Coast in about 15hr 31min, after a wrong turn at Sumner saw her lose two places and 20 minutes.

She was disappointed not to finish in the top 10 after completing the 33km mountain run strongly, in 4hr 17min.

Rollinson works 20-25 hours at the Wanaka Community Pool, and before February's Coast to Coast, her biggest training week took 20 hours. Since then she has been resting and maintaining her fitness.

"I see some athletes doing big hours but I am still quite new to multisport and for me, it's about quality rather than quantity," she said.

Her next race after the Gold Rush is the Godzone adventure race in Queenstown, in which she will compete in a team of four.

Rollinson then wants to consult coach Bill Godsall, of Cromwell, about her next campaign.