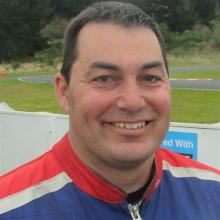 Both the Bates and Henderson Shields will be on the line at Ellis Park on Sunday, as the men and women play their Southland counterparts in their annual matches.

Each will play a match in the morning, as will the under-15 boys teams from each province.

The women will then play for the Henderson Shield at 1pm, before the men's Bates Shield game at 3pm.

Both sides are taking confidence into the games, but are expecting tough challenges from their opponents.

There is a mixture of experience and youth in both as well.

The men are led by the impressive Mitchell Finnie, while Logan Herbert is the side's vice-captain.

They also boast quality in the likes of Nelson Yorston, while youngster Josh Forrester has also been included.

Coach Mark Ahlfeld said Southland had been tough to beat in the Bates Shield in recent years, but Otago hoped to reverse that.

Otago had beaten Southland at the Jefferies Cup South Island championships last year, which was a confidence boost.

However, both sides had pick-up players on that occasion.

Alongside club competition, the Cardinals contingent in the Otago team had been successful at an early-season tournament in Christchurch. That would be key for those players, as this weekend was for the team as it built towards this year's Jefferies Cup later in the month.

"To get some of that top level ball, a few of the guys in the team were exposed to that," Ahlfeld said.

"Obviously our competition down here has been a little lighter than we would have liked.

"So it was good for the guys to have got some of that tougher ball in before we head into this.

"This will give them a taste as well of what we're going to head into at the end of the month in Christchurch."

The women's team is boosted by Southern Pride representatives Mariana Ioane and Kirsty Currie. It also has a handy young pitcher in Kaitlyn Hastie and strong catcher and power hitter in Teah Price.

Coach Mark Rowley said the side had been training well and was excited for the matches.

Like the men it was expecting a tough challenge. Rowley felt it was a team capable of competing.

"I think the team's a strong team," he said.

"The team has a lot of ability and we look forward to seeing them put it into action on the day."