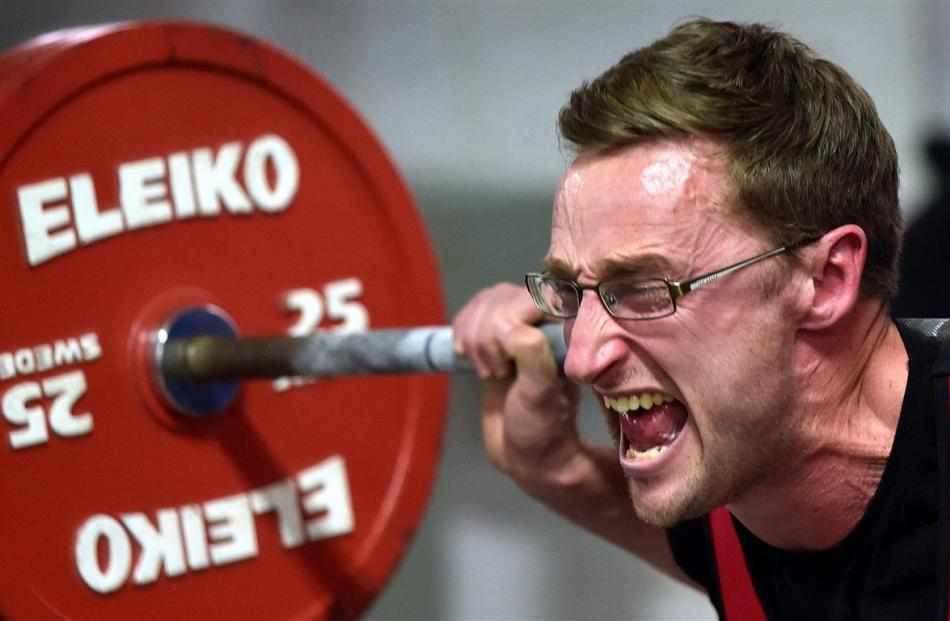 David Cooper, of Dunedin (right), competes in the under-83kg open squat during the South Island Powerlifting Championships in Dunedin yesterday.

The Wilks Formula, which factors in the weight of the competitor and the weight lifted, was used to calculate the winners.

There were 45 lifters at the tournament, Fowler said.