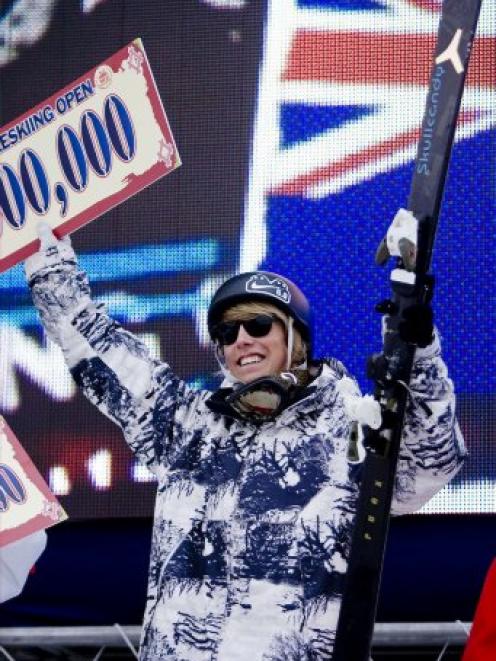 Wells (17) told the Otago Daily Times yesterday he was ‘‘definitely happy'' with his win and the sustained run of podium results he has managed during his annual winter sojourn to compete on the lucrative northern hemisphere circuit.

‘‘The season started pretty well for me and I was able to get some good results early on, which really helped my confidence. It also satisfied my sponsors and this in turn meant there has been less pressure on me as the season progressed.

‘‘The last few competitions I've had heaps of confidence and I've felt almost no pressure to perform. I've been out there just to have fun and focus on my skiing, and the results have continued. It's been awesome,'' he said.

Wells' win was worth $US15,000 ($NZ18,500) to the teenager and the personal cheque tally has mounted during what has become the most successful season for a New Zealand freeskier.

‘‘All of the hard work and training I've put in has really paid off this year,'' he said.

The top 16 freeskiers in the world were invited to the prestigious event with Wells joined by his younger brother Byron (15) as the only New Zealanders to make the grade.

Byron Wells was the youngest competitor in the international field and finished strongly to claim seventh overall in the competition.

Competing in the world superpipe event had presented a larger challenge than usual, with the pair having to raise their game and contend with a monster 6.7m-high halfpipe, compared with the standard 5.5m pipes they usually ride.

However, Jossi said two days of practice on the ‘‘much bigger'' halfpipe allowed him to spend a lot of time practising his competition run, which ensured he ‘‘nailed everything the way I wanted to'', on the day.

The Wells brothers follow the freeski tour to Sun Valley, Idaho, where they will compete again during the weekend.