Swimming: Cranking up for the long haul 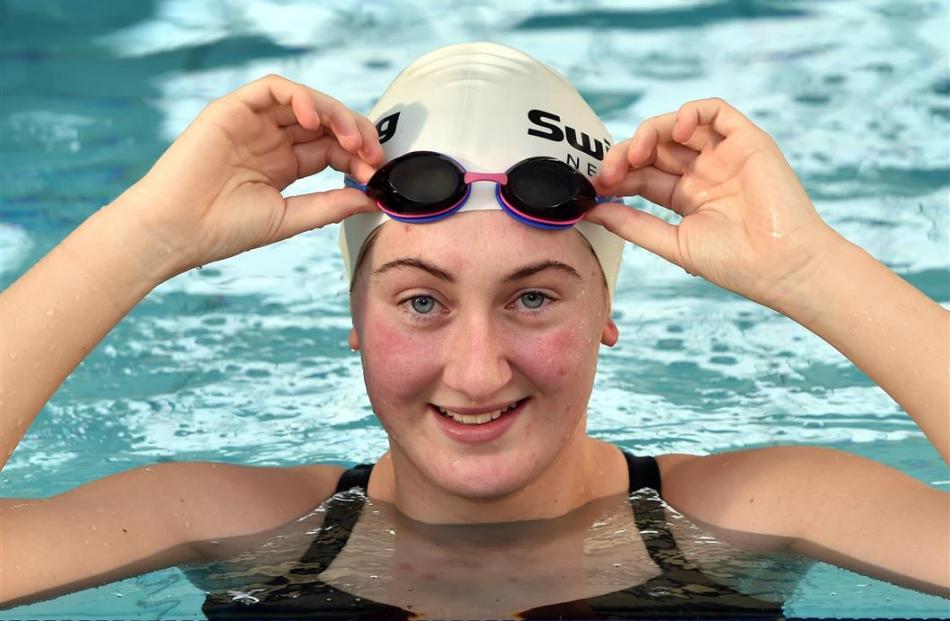 Less than a year ago, Stefannie Gillespie did not think she had it in her to swim 10km.

Now, after finishing third in both the 10km and 5km events at the New Zealand Open Water Championships in Taupo earlier this year, the 21-year-old Dunedin student hopes to make a career out of long-distance swimming.

Gillespie will represent New Zealand at the Oceania Swimming Championships in Fiji next month, and was recently named in High Performance Sport New Zealand's Pathway to Podium programme for 2016.

"Even from the start, I could tell I was not a sprinter.

"But I'd never found the motivation to swim for 10km until I had the opportunity to be selected for the New Zealand team this year.''

Gillespie teamed up with Waikato-based coach Graeme Laing a few months before the national championships, and will head north to train with him full-time when she finishes her studies next month.

The former St Hilda's Collegiate pupil will graduate from the University of Otago with a bachelor of applied science degree, majoring in sports science and a diploma of language in French.

Gillespie said her move to Waikato was motivated by the need to have a specialist long-distance coach.

"To train for long distance, I need to be doing more mileage.

"I'm doing 50km-60km a week at the moment but to be competitive you need to be doing 75km a week.

"With uni finishing in June, I'm looking to take my training to the next level.''

Gillespie trained at Moana Pool for between one and a-half and two and a-half hours at a time, covering between 5km and 8km.

However, it was time to step that up, she said.

"It's very hard to be up there at international level.

"I've been off the radar for the past five years or so with being more focused on my studies.

"Now I'm on the Pathway to Podium [programme], Swimming NZ has shown a lot of faith in me and that's shown me it's something I want to continue on with past my teenage years.''

Pathway to Podium involves fortnightly workshops designed to help athletes transition into high-performance programmes and is streamlined across the regions.

Gillespie plans to head to Matamata soon to take over training of Laing's junior squad while the coach is in Rio de Janiero with the New Zealand Olympic team.

She then plans to train with Laing for the rest of the year before reassessing her options for next year.

She had no specific goals for the Oceania Championships, as her performance would depend on the weather and most of the field would be unknown to her, she said.

Ultimately, Gillespie wants to represent her country at world championships and the Olympics, but that is a long way off, as she only recently switched from 400m and 800m to long-distance competition, she said.