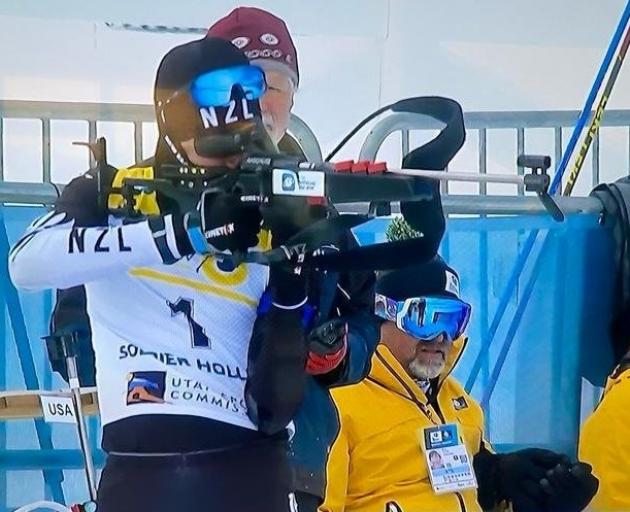 Wright (19) left Beijing and headed to the United States, where he has just competed in the junior world cup at Soldier Hollow in Utah.

"Fading ski speed over the last lap robbed him of the podium finish he was in when he left the range for the last time [in third place]," Burridge said.

"The Eurovision coverage of the race ... had the camera on him at his final shooting as at that stage he had shot clear in the first three shootings and if he remained clear was a certain winner of the race.

"For those of us watching, it was very exciting."

At a tender age, Wright has taken the plunge to show New Zealand biathletes can compete on the elite stage.

"Campbell’s lone wolf situation is an opportunity for [Biathlon New Zealand] to examine its new entrants and younger skiers, and to try and follow the pipeline approach that snow sports have developed and now shows such promise," Burridge said.

"We now have in Campbell a light to show all our youngsters the way."

Biathlon, unlike cross-country skiing, is not part of Snow Sports New Zealand.

The sport, which combines smallbore rifle shooting and cross-country skiing, is still in its infancy in New Zealand.

The Wanaka club formed in 2009 at the country’s only cross-country ski venue, the Snow Farm.

Wright has two further years in the junior category before moving to the full adult category, but is already competing as an adult in world cup events and at the Olympics.

His coach is Italian Luca Bormolini, who has worked for several winters at the Snow Farm.

Burridge said Biathlon New Zealand had been overwhelmed when northern hemisphere media put the spotlight on the sport in New Zealand last week.

Having just competed in the Olympic Games, Wright might have been expected to have an advantage over the other junior competitors, but it was not the reality. Many were members of national junior squads and were a year or two older than Wright, Burridge said.

"By contrast, Campbell qualifying for Beijing was far from a certainty and so he and his coach have had to adjust."

Burridge hoped to see the Snow Farm host an Oceania Cup event in his lifetime.

It would need commitment from the International Biathlon Union and investment in a 16-stand shooting range (the Snow Farm has 10 stands).

In Beijing, Wright finished 32nd in the 20km biathlon and 75th in the 10km. The fields had nearly 100 competitors.