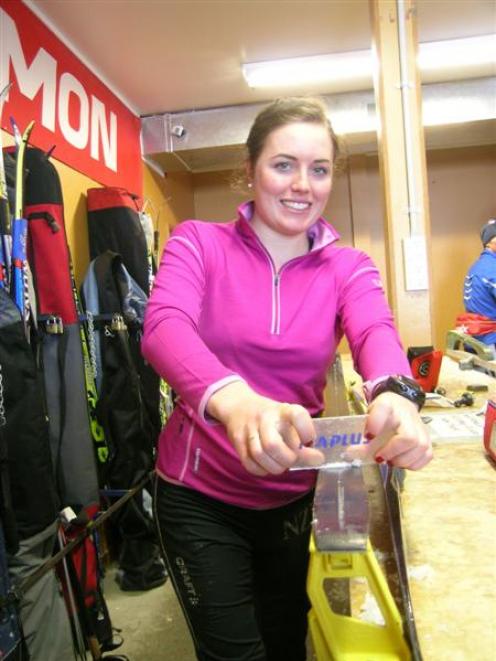 Based in Wanaka for the last two New Zealand winters.

Event: Biathlon has been a Winter Olympics event since 1960 for men and 1992 for women.

Biathlon is the only winter sport that is both static (shooting) and dynamic (cross-country skiing).

Background: Murphy is the first biathlete to represent New Zealand at this level.

Murphy started biathlon aged 13 in Canada and first competed for New Zealand in 2008.

She was at the Snow Farm for the 2008 and 2009 winters, helping found the sport in New Zealand.

She has raced at various World Cup events and, representing Canada, was 12th at the world junior championships in 2006.

Last month, she achieved her best international result, 47th in a field of 100 in the 7.5km sprint at the Antholz World Cup in Italy.

Chances: Murphy will be competing in the 7.5km sprint and is treating the 2010 Olympics as a "development" Olympics for 2014 in Sochi.

She is aiming for a personal best.

There will be 87 athletes from 27 nations competing in the sprint and the Europeans are the medal favourites.