Women back in business 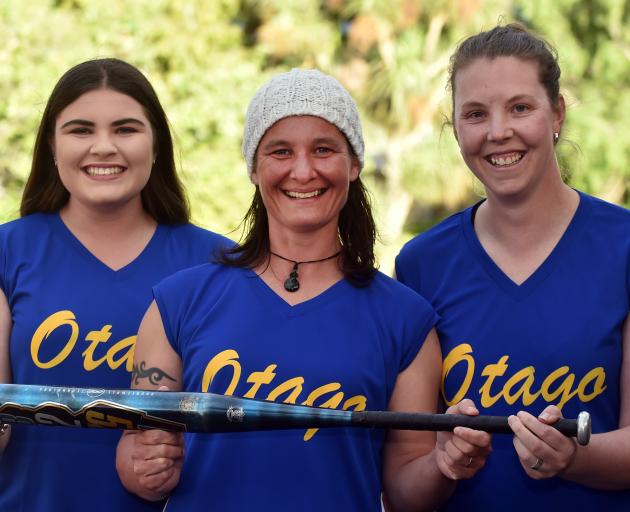 It has been a long time coming for the team, which will travel to Christchurch on Friday to play in this weekend's Jubilee Cup.

''It's good; it's been a sad story for women's softball,'' coach Sandy Wallace said.

''We haven't had one game in the Jubilee Cup now since 2008-09, so seven years. It's hopefully the first stepping stone back for them to get competitive women's softball back on the park.''

The sport has struggled in the region in recent years, both in the men's and women's grades. It is the women that have been hit the hardest though, falling to the point that there has been no local women's club competition.

''So unfortunately there isn't [a women's competition], but that's obviously something [development officer] Doug Hill's got in mind in the future. The youth are coming in now, I believe, and with the women's team coming in, that gives a pathway for our young players.''

As it turned out, getting a team together was easier than expected. A message was put out on social media to see if there was interest and 22 people put their hands up. A trial was held and a squad of 13 was selected to take away.

Jackie Padman will captain the team from shortstop, while Kirsty Currie and Kate Brewerton joined her in bringing years of experience. At the other end of the spectrum are talented youngsters such as Shayla Rowley, who has potential to form the backbone of the team in years to come.

The team had a warm-up game against a men's team on Sunday, along with games against the Otago under-17 team.

Wallace had been pleased by the standard of the players, although was seeing the tournament as a foundation for building on in future years.

''Don't get me wrong, I'm not going up there with any preconceived ideas. I just want the girls to enjoy the ball that they play, be competitive and learn from the experience. Because you've got to think after seven, eight years out of the game it's not going to be an easy challenge.''

Otago will play three games on Saturday and two on Sunday against Canterbury and Southland at Mainland Park. At the same ground, the Otago men will play in the Jefferies Trophy, while the under-17 boys and girls teams will play in the Mainland Shield.