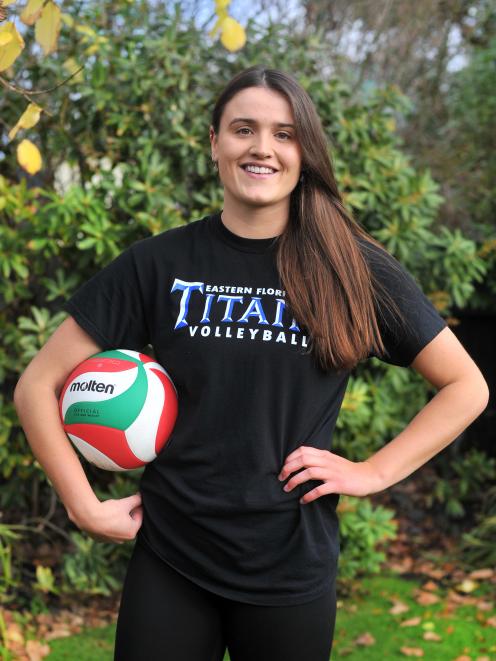 The 19-year-old made the tournament team and helped her side reach the final.

Otago was outclassed 3-0 by a star-studded North Harbour side. But the tournament fourth seed exceeded all expectations to make it that far.

The team had to overcome a slow start and played a lot of volleyball to stay in contention. Campbell said the side also had to scramble after losing its setter to an injury about a week before the tournament.

That disruption was obvious during the first game. Otago limped passed Taranaki 3-2.

A lost to third seed Waikato followed and Otago's campaign was teetering a little.

The team found itself trailing Canterbury 2-0 in the next match but clawed its way back into the match to beat the No 1 seed 3-2 in a tremendous fight back.

The semifinal was a taxing affair against Waikato. Otago reversed its earlier loss to win the contest 3-2.

But the energy levels had been depleted for the final and North Harbour strolled to victory.

"I'd like to say we put up a good fight but they were too good, really."

Campbell's team-mate Jenna Thorne joined the Volley Ferns for their three-game series against Australia this week and Campbell would like to follow in her footsteps eventually.

The 1.8m athlete, who plays as a middle, will return for another year and then the goal is to transfer to a division 1 university to continue developing her volleyball.

"I hope to get in the Volley Ferns in the next few years and play for New Zealand at senior women's level."