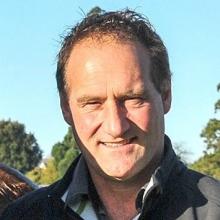 Kelvin Tyler
Riverton trainers Kelvin and Aimee Tyler will be rushed off their feet when they line up a massive team of 23 horses as southern racing returns to Ascot Park today.

Their big line-up is spearheaded by exciting galloper Tobilicous, who steps out in rating 82 company over 1200m in race 6.

The 4yr-old has made a big impression, notching a hat-trick of wins over summer before having a tilt at group 3 level in the White Robe Lodge Free-For-All.

Tobilicous will take his first race-day step towards more big goals today after pleasing his trainers following his return from a short spell.

"Friday is going to be a starting point for him, really," Kelvin Tyler said.

"But he has come up really well and whatever he does on Friday he will improve on."

Tobilicious has won most of his races when coming from behind, but Tyler was quick to point out the horse has also scored when sitting handy to the pace at Ascot Park.

"He will go a good race. He would be one of our best chances."

"He can get back, but he was handy when he won there three starts ago and he has got a reasonable draw."

He’s Got Power, Hazelnut and Eager Beaver start alongside Tobilicious in race 6.

"He’s Got Power has come up really nice, so I am really happy with him," Tyler said.

"Hazelnut has got a really good draw and she likes it wet, so to be fair we have three pretty good chances in that race."

Hazelnut will start from barrier 2, with Tobilicious drawn in 3 and He’s Got Power in gate 11.

The Tylers have a three-pronged attack on race 8, today’s rating 92 event over 1600m.

Unlike many of the horses racing at Ascot Park today, Transcendent and City Slicker have had post-lockdown races.

Both horses come into race 8 after going strong races at Riccarton.

Transcendent ran on well for fifth behind Orepuki Lad late last month and City Slicker ran second behind Frankie The Fox at the same meeting.

The pair start alongside stablemate Dr Velocious, who has not raced since September last year.

"Transcendent and City Slicker are both above-average chances. Either of those two would be good chances.’’

"The other horse has just come down from the North Island, so he is still on the way up."

Several of the Tylers runners are entered in two races after being balloted out of their preferred options.

Rosie Glow, Times Time and Our Boy Richie are likely to be the their trainers’ only starters in race 9, today’s rating 88 handicap over 1400m.

The race is named after the Tyler stable’s dual guineas winner, Lightning Jack.

The trainers rate Rosie Glow, who has had two placings in three starts at Ascot Park, as the best chance of winning the race.

"Rosie Glow would be the best of them; she always goes a good race there."

Full Fury is rated the Tyler stable’s best chance in race 4 if he steps out alongside his stablemates and confirmed starters Mount Hercules and Western Dream.

Full Fury has also gained a start in race 10, where he could start alongside Molly Polly, Ying Resolute and Rox.

Burt The Squirt and Pete The Driver are expected to be runner’s chances and emerge improved horses from their debuts in race 1.

Ringadingding and It’s Gucci are in race 5 while Kitty Power is set to be the Tyler stable’s sole runner in race 3. 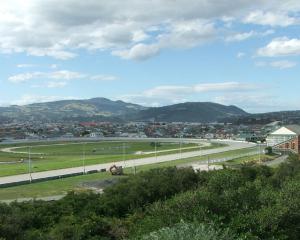 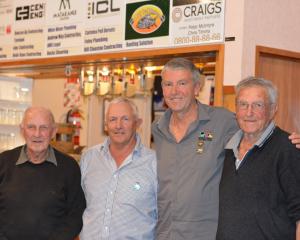 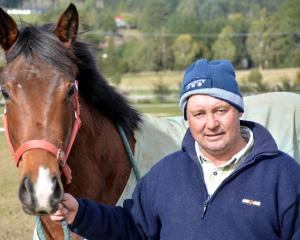