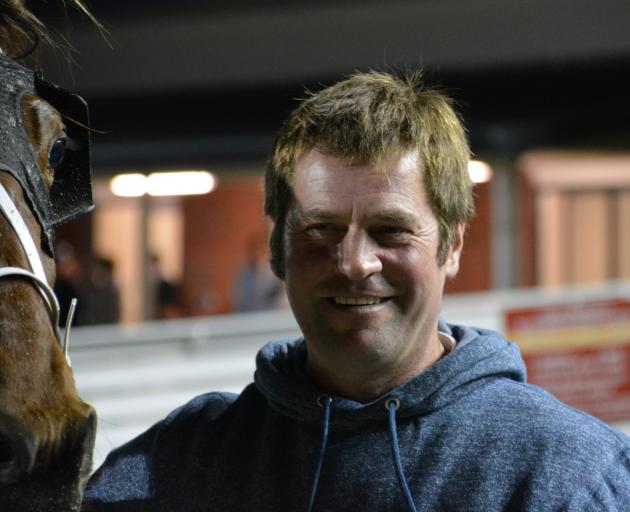 Only classy group 1 performer Majestic Man could reel in the Tony Stratford-trained trotter for his last-start second placing at Ascot Park.

War Admiral gets the perfect opportunity for redemption against a small but even line-up in race 2, tonight's feature trot.

"He did go a really good race last time and he should be pretty hard to beat," Stratford said.

War Admiral randomly drew driver Samantha Ottley in his last start in the recent Ascot Park drivers series and she will rein the horse again tonight.

Stratford said the horse had come through his excellent last-start effort in good order.

Training at the similarly shaped Gore racecourse should have the trotter well prepared for his first attempt at the tight-turning Forbury track.

"He seems well enough. Normally, once he gets going, he hits his straps.

"He should be right at Forbury; he trots around Gore really well, so it won't be a problem."

Each of War Admiral's six rivals looks to have some winning claims in tonight's 2700m handicap.

Red Hot Poker and Gorilla Playboy both went good races behind the Dominator at Oamaru last weekend and look to be War Admiral's biggest threats.

Dusky Eyre is sure to step and run to the front and he could prove hard to catch in what could develop into a tactical affair.

Stratford brings only one other horse to tonight's meeting, pacer Sheezus, who meets an even line-up of lowly rated horses in race 8.

The best version of Sheezus would be highly competitive in the 2200m mobile.

However, what kind of mood she will turn up in is unknown.

"She is a funny horse; I don't know if she tries that hard sometimes," Stratford said.

"She works like a horse should have won three or four races by now.

"She is in the right race and the last time she was at Forbury she was right there."

Sheezus will also be driven by Samantha Ottley.

Ottley has a handy book of five drives at tonight's meeting.

She will steer last-start winner Queenofdance in race 5 for trainer Mark Jones.

Piri Piri looks a strong chance if she brings her manners to race 1.

Santanna Lad looks a place chance for Ottley in race 4 from his handy draw.