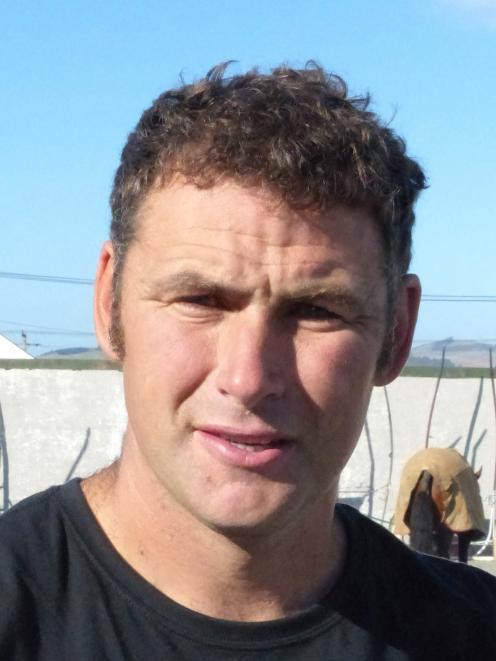 Darryn Simpson. PHOTO: ODT FILES
Excited to be back.

That is the feeling of Forbury Park harness racing trainer Darryn Simpson about tonight’s meeting at his home track.

It will be the first meeting of the new season at Forbury Park, after a hiatus stretching back to before the Covid-19 lockdown.

At one point the trotting club had all its race dates cut, although 10 of its original 20 have been reinstated.

Simpson has four horses running tonight, as well as one trialling, and he was looking forward to seeing how they would go.

"It’s definitely something we’ve been targeting for a while.

There had been "a lot of planning" to get a nice team ready once racing resumed, and he was very happy to be able to support the club that way.

Of the Simpson-trained quartet, Only Adhara, who lines up in race 2, has been to the races before.

That was last week in Winton when she ran fifth. Simpson said she did not disgrace herself against a stronger field than she would face tonight.

The other three, Zealous Spur and Emdeegee, both in race 1, and Life of Art in race 5, will make their race debuts.

All had ability and Simpson said they were an exciting bunch.

It had been a lot of work getting to this point.

During lockdown the track had to close and there was not much trainers could do for their horses, other than feed and look after them.

It had been a slow process rebuilding fitness and the uncertainty of racing meant a number of horses were sold.

"When we came back finally from Covid, we had to start pretty much with a new team and had to train them up and see if they were any good," he said.

However, while it could be hard work, training inexperienced horses was something he enjoyed.

"I think working young horses and inexperienced ones and getting them up to the racing stage is exciting.

"You don’t know how good they can be or are going to be.

"The younger ones and inexperienced ones improve a lot all the time. Seeing that is quite exciting."