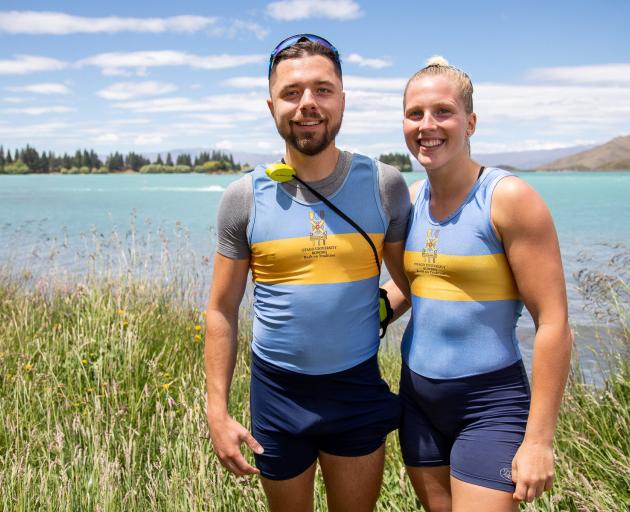 With her was an unfamiliar one.

Juliette Alm-Lequeux (21) was racing at the Otago Rowing Championships, back visiting New Zealand after living in France since April 2018.

The former Otago Girls’ High School pupil was joined by her French boyfriend, Nicolas Cestari, who rows in the club grade.

Both competed in the single sculls, although they did not get to race finals due to conditions disrupting the event.

The couple, who met through the Bordeaux Rowing Club, began their visit in Auckland and have worked their way down the country.

They have stopped and trained at several places along the way, allowing Cestari to see New Zealand in the process.

Alm-Lequeux was enjoying being back into the New Zealand style of training, which provided more variety.

It also allowed them to be in Dunedin for December and January, meaning Alm-Lequeux could see her family for Christmas.

She will fit plenty of training into that time as well.

At this stage they will be here until the start of April.

Bigger things are on the agenda though, which could change that.

Having been to the past two under-23 world championships with France — for which she qualifies through her father — Alm-Lequeux hopes to represent New Zealand at next year’s event.

She is to attend a training camp at Lake Karapiro early in January.

The national championships in February will act as a trial.

If she makes the single boat, she will likely return to France to train. However, if she makes another boat she may have to stay on.

‘‘Through all my rowing and through high school we always talked about ‘earn the fern’,’’ she said.

‘‘I guess when I was in France I didn’t have much pride behind it.

‘‘I’m not French, really. I don’t see myself as being French.

‘‘So when I see my friends with the fern on their row suits, it was my dream.

‘‘It’s my last year in the under-23 age group and I’d really like to try to do it for New Zealand.’’

That desire to represent New Zealand extends beyond this year, too.

However, she will return to France with Cestari and hopes to study eco-building there.