It has not quite sunk in yet for the Otago Boys' High School under-18 sculls quad team of (from left) cox Noah Lewis, Grayson Small, Alex McLachlan, Will Haley, Reuben Cook, after winning the final at the Maadi Cup on Lake Karapiro yesterday. PHOTOS: SHARRON BENNETT
Otago schools won eight medals as finals began at the Maadi Cup yesterday.

Dunstan has been a perennially strong school in the girls grades for much of the past decade and it continued that success.

Paige Furrie and Mackenzie Ealson put on a commanding display to win gold in the under-18 girls double sculls.

They finished 11sec ahead of the rest of the field.

The school also claimed gold in the under-15 octuple sculls. 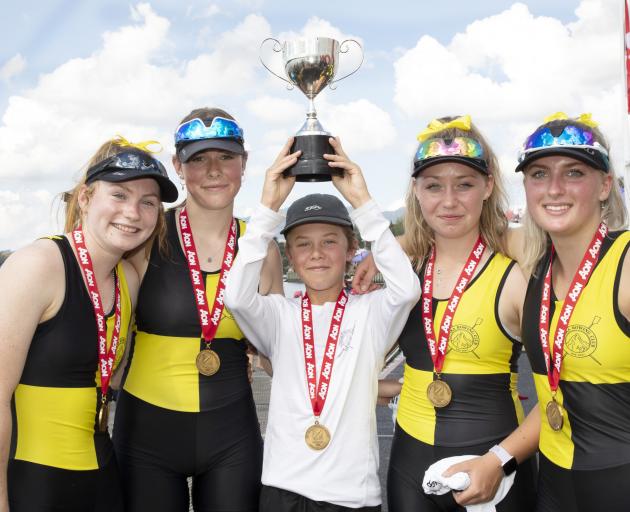 Earlier in the day, De Beer, Williams, Robertson and Tahlia Nelson claimed bronze in the under-15 coxed quadruple sculls.

In the novice grades, Ruby Smith and Nelson secured a bronze for the school in the under-18 double sculls.

Henry Kirk and Grayson Small combined to win the under-17 double sculls title.

Small then joined Reuben Cook, Will Haley, Alex McLachlan and cox Noah Lewis to win the under-18 coxed quadruple sculls.

Wakatipu High School grabbed the province’s other medal of the day.

More finals will be raced today as the regatta concludes. 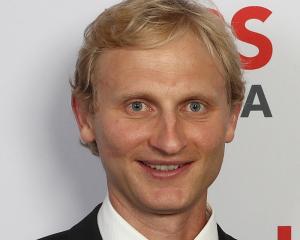