Rowing: No rocking the boat for this pair 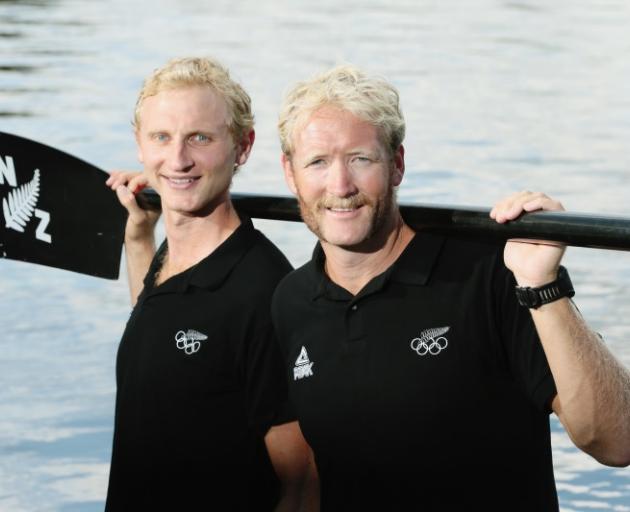 After ploughing up and down the Waikato River for thousands of hours together, Olympic rowing champion Hamish Bond likens his partnership with Eric Murray in the men's pair to an eight-year marriage.

"We don't necessarily want to be in each other's pockets 24/7 but we get on fine," the 30-year-old Bond told Reuters in a telephone interview from Rowing New Zealand headquarters in Cambridge.

"It is a little bit testing at times but we'll keep persisting."

That persistence has led to one of the most dominant partnerships in world rowing and made them heavy favourites to win their second successive gold medal at the Rio Olympics to be held from August 5-21.

They have won six world championships titles in the pair, and one in the coxed pair, Olympic gold in London in 2012, and are unbeaten in more than 60 races since they combined in 2009.

Such was their dominance ahead of the 2012 Games that their nearest challengers, the British duo Pete Reed and Andrew Triggs-Hodge, switched back to the coxless four instead.

While the New Zealand pair have established a long-standing and successful partnership, it was clearly not a case of 'love at first sight' when they met more than a decade ago.

Bond told local news website The Spinoff last year that he thought the gregarious Murray was "an egotistical boofhead".

Time spent in each other's company had changed that opinion, Bond said with a laugh, and they had "enormous respect" for each other's strengths and talents.

Murray, as the taller and heavier of the pair, provided more explosive power while Bond's "engine" kept pushing them at a higher level for longer, he said.

The trick was combining those attributes to an optimum balance to keep them rhythmically scything through the water, and Bond said they had now developed something of an instinctive feel in the boat.

The pair have entered their final buildup to the Rio Olympics with a three-month training camp and two World Cup meetings in Europe, and Bond said while he was confident, there were still some nerves.

"I'm not going to lie, we always have doubts. You're always doubting yourself at certain times," he said. "You're only as good as your last race.

"(But) it doesn't take a rocket scientist to put pretty short odds on us winning the next race (and) I know that if we get near to our best then we'll be difficult to beat."