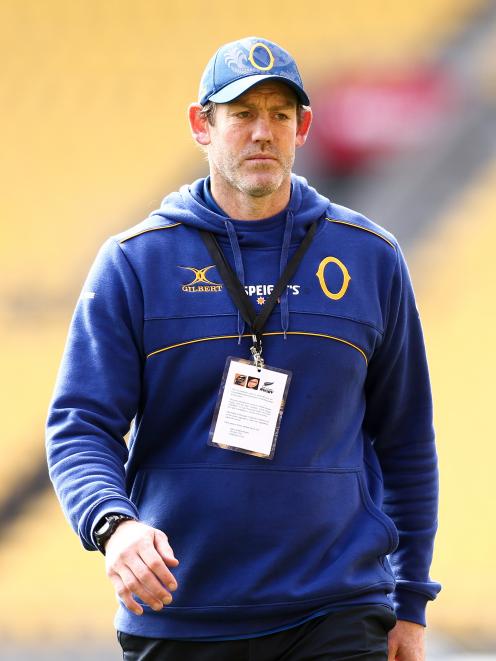 Tom Donnelly
Otago is hoping to nab a couple of key forwards back for some part of the domestic competition.

The Mitre 10 Cup is just over a month away and Otago players have been working hard off the field to be ready for the season.

New Otago coach Tom Donnelly said the players had just finished a four-week training block and were about to get back into some more work.

"With the stadium we play in, we want the guys to be a little bit fitter, faster and stronger.

"So they have really pushed themselves into that space so they are able to play some good rugby," Donnelly said.

He has a squad of about 30 players training and doing gym sessions on Mondays and Wednesdays and is happy with fitness levels reached by the players.

An Otago XV will take on North Otago at Maheno under lights on August 21.

It will be a good warm-up for the North Otago side which has a Ranfurly Shield challenge against Canterbury a week later.

An Otago trial will then take place at Waikouaiti on August 26, a Wednesday, again under lights.

Donnelly said he wanted to have a trial as it would give a chance to a few players to have a crack at the next level and see how they performed away from their club teams.

The Otago Mitre 10 Cup squad will be named the next day.

The final warm-up match of the season will be against Southland in Invercargill on September 5.

Super Rugby players were likely to be available for the game against Southland.

Otago kicks off its Mitre 10 Cup campaign with a match against Auckland at Forsyth Barr Stadium on September 12.

Flanker James Lentjes (leg) and prop Saula Mau (shoulder) are both out for the season but the news is more encouraging for lock Josh Dickson and loose forward Sione Misiloi.

Dickson broke his leg last month but it is hoped he will be back by the middle of the Mitre 10 Cup.

Misiloi broke his foot and is out for the Highlanders for the rest of the season.

Donnelly said Misiloi was out of his cast and was making progress.

There had been talk of All Blacks playing in the competition and they seem likely to play in the opening rounds although that may change.

Otago had Liam Coltman and Josh Ioane in the All Blacks last season while Ben Smith has moved on.

"The first couple of weeks I thought the standard was a little bit poor. But it had been such a long time since rugby had been played and it was going to take a while.

"It has picked up in the past couple of weeks. Guys are starting to find their fitness and getting back into it."