By Steve Hepburn
0 Comments
Highlanders co-captain Ash Dixon admits he is keen to take on some Australian muscle.

Dixon said if it happened he would love to play Australian sides.

"I have played against the same guy the last couple of years, quite a few times now. Pretty much like family," Dixon said.

"It would be great to change it up a bit but that is out of my league so I will just get on with it."

The Super Rugby transtasman competition received a big boost on Tuesday with the announcement of a transtasman bubble later this month.

Five weeks of matches have been organised.

Dixon said it at times it did get repetitive playing against other New Zealand teams but it was about getting out there and doing his job.

"Whether that is against a Kiwi team, an Aussie team or a Japanese team it is whoever in front of us. I have to do a job. I would be stoked to play the Aussies but at the moment the Chiefs are in front of us." 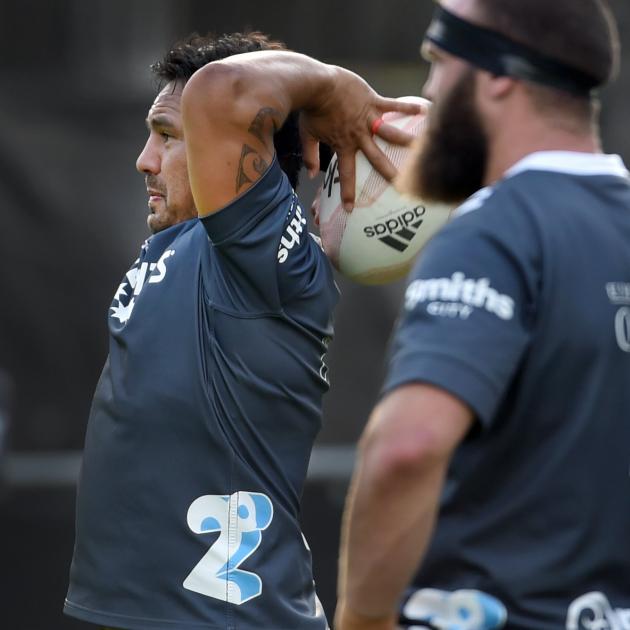 The side takes on the Chiefs tomorrow night and should go into the game with some confidence after a great win over the Crusaders in Christchurch last Friday.

Dixon said the side had come down quickly from the high.

"Everyone was pretty happy to come to work on a Monday as you often are after a win.

"But the boys’ feet were firmly on the ground — it was only one team and there is a fair bit to go in this competition. So we are looking ahead.

"We don’t have complacency in our group. That is something we have been really good with."

The six players dumped from selection from last week’s game had worked hard to get back into the team environment.

"It was a tough week for them. I’m not going to lie. They got put through the ringer. The boys were watching them and they had to do a fair bit. But they took their punishment on the chin.

"We caught up with them on the Monday and had a yarn with them. They were really remorseful and hungry to get back into the team. They have been given another chance to contribute to our group.

"This competition cannot just be about 23 guys. It has to be everybody contributing."

Dixon said the side had an edge last week and was keen to continue that against a gritty Chiefs team.