The Highlanders will lick their wounds and thoughts will switch to national honours and next season as the chapter is closed on 2021.

The Highlanders came away with a eight win-six loss season across the two competitions which made up the 2021 season and would be well satisfied with their performance.

They lost 23-15 to the Blues on Saturday night in Auckland.

The side returned to Dunedin yesterday and the players will go their separate ways this week.

Halfback Aaron Smith and injured flanker Shannon Frizell are expected to be named in the All Black squad today.

It is hard to see any others Highlanders featuring, though openside flanker Billy Harmon has been in very impressive form. But he has already been named in the Maori All Blacks, indicating that is his immediate destination.

Electric winger Jona Nareki could also be a chance, after an impressive Super Rugby season.

Liam Coltman is unlikely to receive a return to the black jersey and the same with Josh Ioane.

Aside from Nareki, Otago’s only other representative in the squad may by Crusaders prop George Bower.

About a dozen places may be open in next year’s Highlanders side.

Michael Collins, Siate Tokolahi and Kazuki Himeno are not likely to be back and there will also be doubts over front rowers Josh Hohneck and Jeff Thwaites.

Giant Harbour prop Salau Mau has trained with the side for the past couple of years and is the logical next cab off the rank but injury robbed him of vital playing time for Otago last year and now this season.

Lock Bryn Evans will be 37 in October but is still capable of playing well at Super Rugby level. There is doubt whether loose forwards Sione Misiloi and Teariki Ben-Nicholas will return, along with reserve halfback Kayne Hammington.

Ioane was up and down all year, had off-field issues and may think a move to another franchise could be a way forward.

Nehe Milner-Skudder is believed to be considering his playing future while fullback Solomon Alaimalo did return to train at the end of the season after spending time away due to personal issues.

Dermody has no immediate ambitions to get into the big job.

‘‘I’m not sure what is going to happen next season. I think Tony [head coach Tony Brown] is back in a month. We will have a sit down and I will try and convince him to stay in the job and I can go back to doing the forwards,’’ Dermody said.

‘‘I’m so proud of the way the boys have gone but with the evolution of this team, the job is to win these games now.’’ 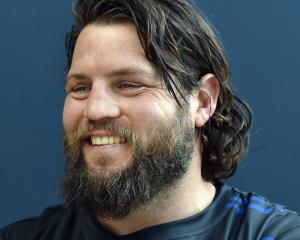