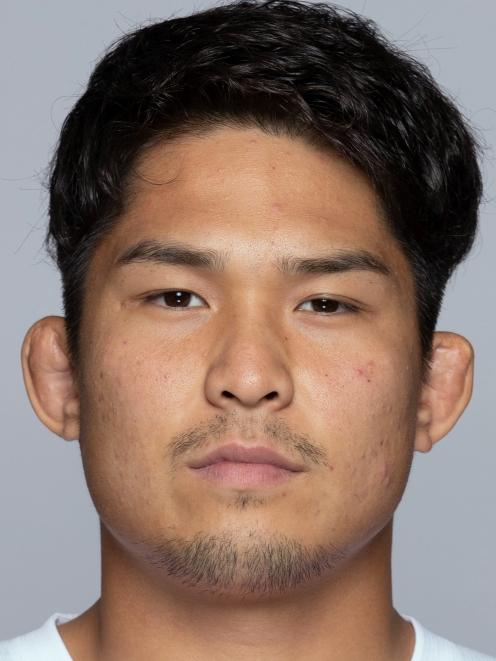 Himeno, who impressed for Japan at last year’s Rugby World Cup, will move to the Highlanders for next season.

He plays for the Toyota Verblitz side in the Japanese Top league and is a hard-running and abrasive loose forward.

The move was announced by Toyota yesterday.

Himeno said it had been a tough decision to move to New Zealand, but he felt it was the right thing to do for his game and to improve as a player.

"We are going to challenge Super Rugby at Highlanders in New Zealand. I will do my best to give back by leaving results on the ground, without forgetting the feelings of gratitude to President Toyota and other related parties who are willing to send me this challenge, and to all the fans who have always supported me," he said on the Toyota website.

"I thought it was necessary for me now to leave the environment of my comfortable Japan and play from scratch.

"In addition, I believe that the success of Japanese people overseas will bring many things to the Japanese rugby world in the future, and I hope that you will feel the courage and excitement through my success.

"It’s sad that I can’t play in front of Japanese rugby fans, but when I come back, I hope I can show you how much I’ve grown."

The 26-year-old had been instrumental in Japan’s massive upset win over the Irish at last year’s World Cup as he ran the ball up hard and kept the Irish side on the back foot at the gain line. He stands 1.87m tall and weighs 108kg.

It has been a quick rise for Himeno who has played just 13 games for Toyota and at the same time made 12 appearances for Japan. He made the Japanese team the same year in which he debuted for the Toyota side.

Toyota is the same team which former All Black captain Kieran Read plays for in Japan and Wallabies captain Michael Hooper is also joining the side next season.

The team’s director of coaching is former All Black coach Steve Hansen.

Himeno will not be the first Japanese player to turn out for the Highlanders. Livewire halfback Fumiaki Tanaka played for the side from 2013-16, making 46 appearances and becoming a colourful character within the franchise.

Himeno can also play lock and all positions in the loose forwards, though he has been mostly used as a No8.