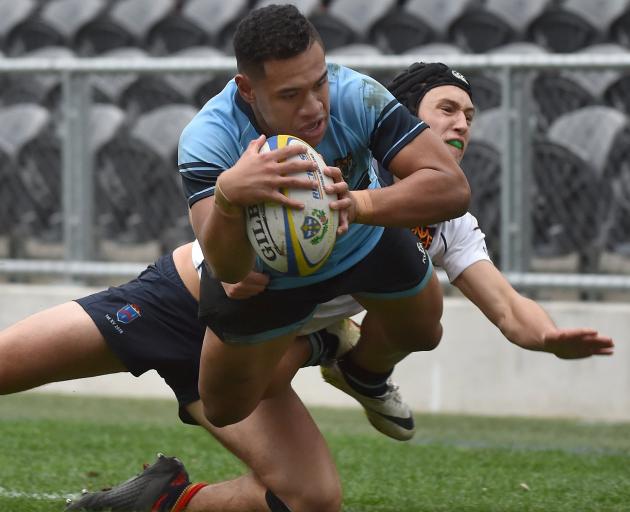 Otago's top secondary school rugby competition will begin on June 20. Photo: Peter McIntosh
The Otago Premier Schools competition is set to start on June 20 but there should be less travel for most school players.

There is no longer a top, middle and bottom four after two round-robins.

The 12 teams will be split into a top six and bottom six at the start of the season based on last year’s results. At the end of the first round-robin, the bottom two teams in the top section. the premiership, will swap places with the top two teams in the championship.

Points will reset to zero for the second round-robin.

The council hopes the final of the top section, the Otago Daily Times Cup, will be played at Forsyth Barr Stadium on September 12. There is no national top four or national schools team this year.

Other school grades may start on June 27 depending on demand and the make-up of the region-wide under-18 grade is still being worked through.

In the other grades, the focus will be on playing locally as much as possible, to reduce travel and cost.

There will hopefully be a country hub and a hub with teams from Dunedin and Oamaru. The bulk of matches will be played within the hub, with a bit of crossover play.

Schoolgirl rugby will continue on Wednesday afternoons at Logan Park with sevens set to kick off the season on June 24.

The interschool between Otago Boys’ High School and King’s High School is expected to go ahead on a date yet to be confirmed.