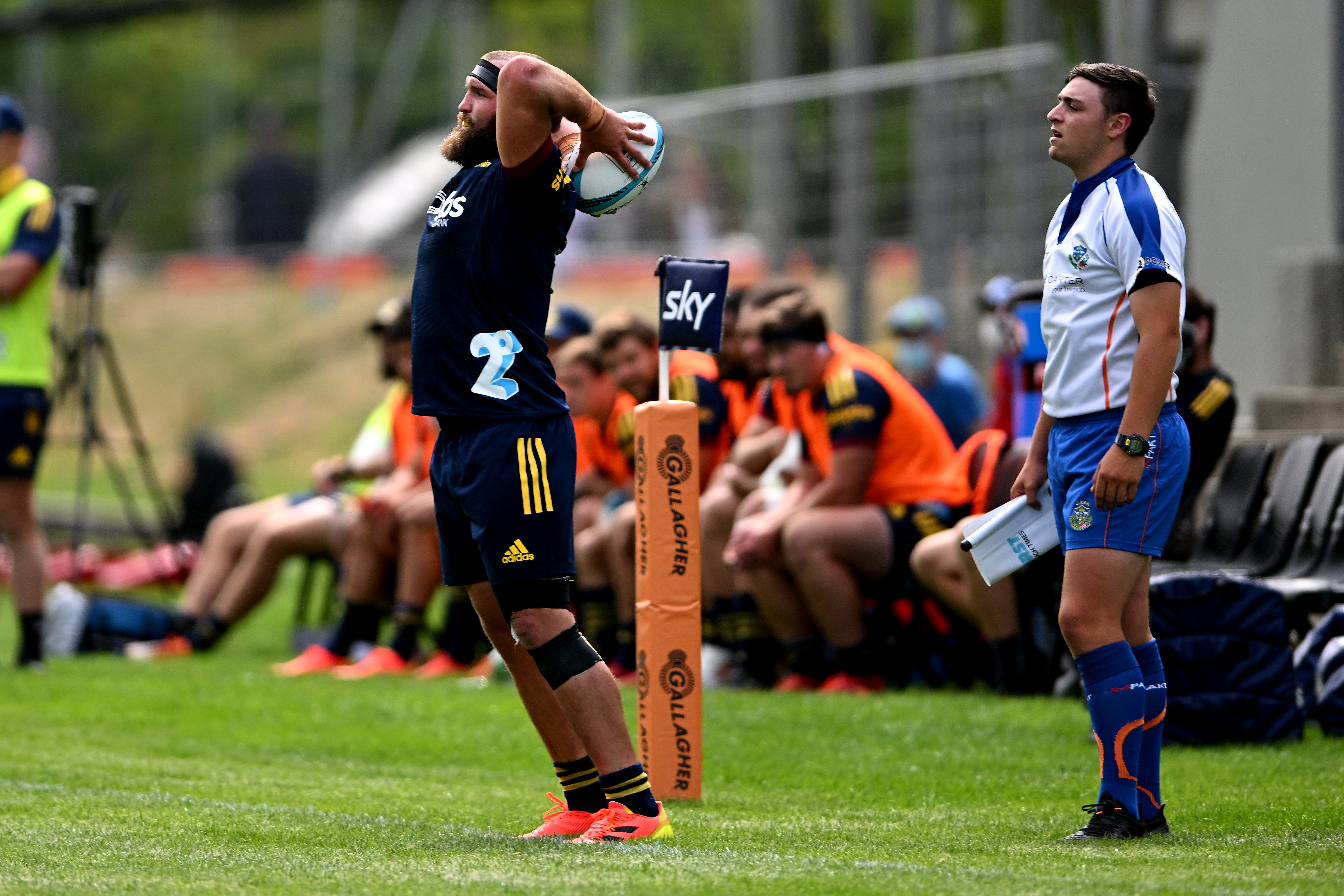 The return of hooker Liam Coltman could be pivotal for the Highlanders tonight. PHOTO: GETTY IMAGES
Kick it, don’t run it.

Putting the ball out in the corner might be the best way to go for the Highlanders in Brisbane tonight.

The Reds’ lineout has been a bit wonky, whereas the Highlanders have the most accurate lineout in the competition.

With form lock Josh Dickson returning from a three-week suspension for a high shot a week early, and veteran hooker Liam Coltman back in the starting XV, the lineout shapes as a real area where the visitors can apply some pressure.

You might also argue it is good idea to keep the ball away from the backs, who have put the error in execution, and set up lineout drive after lineout drive.

It worked a charm against Moana Pasifika, and even stronger teams such as the Reds do not find it easy to stop the rolling maul.

There is just one small problem with that game plan - the Highlanders’ kicking game has not been that accurate.

Getting that right will help. Even All Blacks halfback Aaron Smith’s box kicks have not been up to his usual standard.

Highlanders coach Tony Brown hinted the 33-year-old was in a bit of a slump when he said part of the reason for Smith sharing the captaincy with James Lentjes this weekend was to get more out of his game.

Patience shapes as another key.

The Reds are the naughtiest team in the Super Rugby Pacific. They have copped 11 yellow cards - four more than any other team.

The Highlanders have had no problem securing a good share of possession and are holding on to the ball long enough to create opportunities. The problem has been the finishing out wide.

The Highlanders have made a lot of changes in the backs, either through injuries or form. But this week Brown has resisted making further tweaks in the hope he will be rewarded with an improved performance.

The side is lacking a little X-factor. Thomas Umaga-Jensen has shifted out to centre since the beginning of the season and is one back regularly busting tackles.

But otherwise the Highlanders backline has been one-dimensional and has not posed too many problems.

The best plan might be for Coltman to bury himself in the boot of the drive and flop down once he spots the chalk.