Much hangs on match of equals 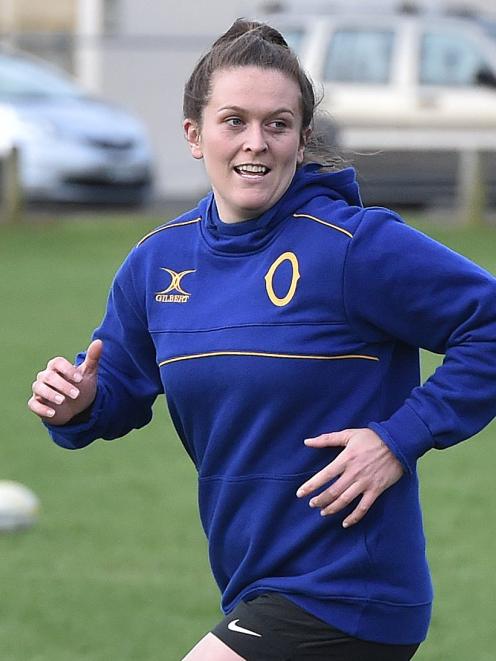 You could bank with her as well.

During the week she is a rural banker. But on the weekend the 25-year-old piles into rucks and does her best to help get the ball to the backs.

"I'm not a flashy player but I get in there and do the work," Gorinski said modestly.

It panned out brilliantly against North Harbour on Sunday. The Spirit thrashed the visitors 90-0.

Understandably, the Otago side is riding a wave of confidence. The team has a maximum 20 points from its four games and has scored 245 points and conceded just 27.

The Spirit has the best defence and attack in the Championship. This could be the year it wins its way into the top tier.

"I feel like this is the year, definitely," she said.

The 25-year-old is in her sixth season with the Spirit and feels this side has moved up a level under the careful eye of coach Scott Manson.

"In six years we've had some ups and downs ... but I think, with the results we've had this year, it is kind of showing we are more suited to being up in the premiership.

"We haven't beaten everyone 90-0 but we've put some big points on other teams, so it would be nice to be up a grade.

"It will be a big step up next year if we do go up. We could be on the other end of some of those hidings."

But before Otago can contemplate promotion it has a tough game against Hawke's Bay in Napier today.

Hawke's Bay has been just as dominant in the Championship. It has registered maximum points as well and has a deadly attack and sound defence.

You can probably ink both sides in for the final, which make today's game crucial. The winner will get to play that potential final at a home venue.

"Hawke's Bay are the team to beat, really.

"They're pretty good across the park. They play a similar structure to us, so I think our defence is going to be key and making sure we are well-structured there.

"It would be cool to go through the season unbeaten and we definitely want a home venue for the final."

Gorinski, who is from the Taieri, got her start in rugby as a 5-year-old.

"My brothers were too young to play and my dad wanted someone to play rugby, so I was it."

She used to cycle and compete in endurance sport events while at school, but rugby is her main love.

She plays for University in a loose forward role but enjoys slotting in as lock for the Spirit.

She started in the Championship final against Wellington last year, where the game was lost 57-5.

Wellington is doing well in the Premiership with three wins from five games. But with no crossover games this season, it is a bit hard to gauge Otago's progress, Gorinski said.

But a win against Hawke's Bay will move the Spirit a step closer to finding out.