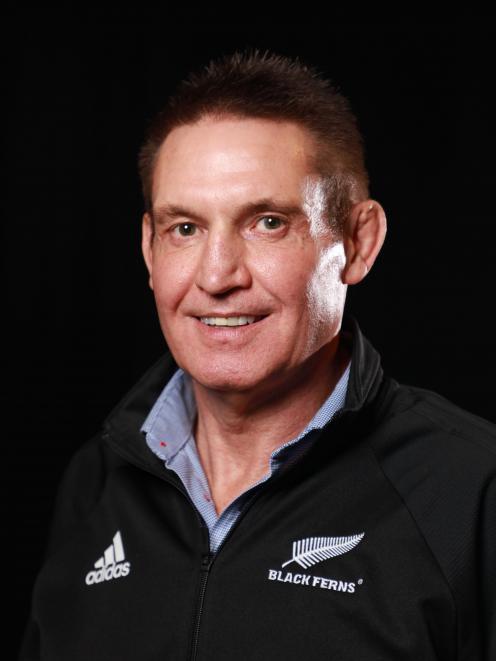 In a social media post on Monday evening, Ngata-Aerengamate outlined the depths of her struggles since returning home, saying she never thought she would become mentally ill in a sport she loved so much.

Ngata-Aerengamate, who was part of the World Cup-winning team in 2017 and has played 32 tests, said she battled mental health challenges during her eight years in the Black Ferns, and that it finally came to a head with a breakdown on the northern tour "in front of everyone".

In detailing the series of allegations, Ngata-Aerengamate claimed throughout the years Moore, the former Highlanders head coach, Blues assistant and Black Ferns leader since 2015, told her she had been selected but didn't deserve to be in the team; that he was embarrassed for her and couldn't tell her worth in the Black Ferns.

Ngata-Aerengamate said Moore asked her what her students would think of her. She claims she was sworn at for wearing her jacket around her hips, yelled at running to rucks, for how she ran with the ball, and told recently she was picked only to play the guitar.

"Anything I did I felt I was doing wrong," the 30-year-old said.

From these alleged comments Ngata-Aerengamate says she ended up going crazy. She says she had to do anger management counselling after discovering anxiety and hyperventilating for the first time in her life, and that she could hear the comments as she threw the ball into the lineout.

"My confidence and self-esteem were so low that it made me play like I was walking on eggshells and was constantly too scared to express myself," Ngata-Aerengamate said in the post.

"I invited self-doubt and insecurities; some being unbearable to look at myself in the mirror. The reality is that I had been defeated and it was so dark that I could no longer see my why. I had forgotten about the 5-year-old girl who started playing rugby with her cousins 25 years ago.

"I let the words over the years get to me, the words became the flesh. Lesson is, never let anyone dim your light. Be proud of who you are.

"If you are treated unfairly, hit them up unapologetically because at the end of the day it's your mana on the line. I know I'm not everyone's cup of tea, but I'm still a person and at the very least deserve to be treated with respect. Now I'm on a journey of healing." 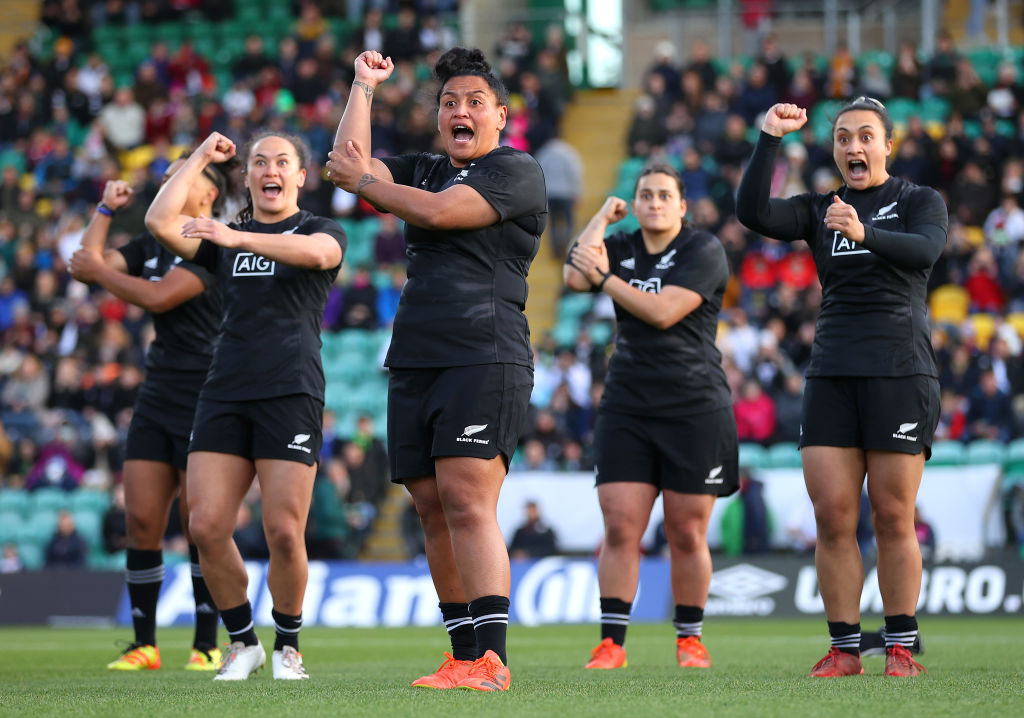 Te Kura Ngata-Aerengamate (C) leads the haka before the second test between New Zealand and England in Northampton, England, last month. Photo by Catherine Ivill - RFU/The RFU Collection via Getty Images
Ngata-Aerengamate also said she grappled with whether to publicly voice her experiences.

"My first reaction is it's really distressing to read. You never like to see any human describe their own situation in the way that Te Kura has," Lendrum said. "We feel for her. Our first priority is to make sure she is okay. Clearly we take any issues raised like this very seriously."

Lendrum had reached out to Ngata-Aerengamate and spoken with Moore on Tuesday morning.

The Black Ferns suffered their four heaviest defeats in history on their European tour, losing to England (43-12 and 56-15) and France (38-13 and 29-7) after a two-year absence from the test scene largely due to Covid restrictions. A review into the tour is underway. Lendrum said Ngata-Aerengamate's allegations would be canvassed within that.

"He's distressed and upset as well," Lendrum said of Moore. "I think it's really important for me to acknowledge we've got duties to everyone involved in this case. Glenn is a long-serving employee of New Zealand Rugby and Te Kura is a long-serving Black Fern and they've worked together for a long time.

"We've got some work ahead of us to explore this issue as part of the review. Glenn will be part of that. It's a tough time for him and his whānau as well absorbing those comments.

"We've had an initial conversation but we have to get our processes right in order to get to the bottom of this situation and I don't want to pre-judge any of that now."

Moore is contracted to lead the Black Ferns through next year's home World Cup but his position is now under immediate scrutiny.

"Respect and inclusion and care and connection are principles at the heart of New Zealand Rugby and how we expect our teams to operate and behave. Those expectations are really clear on all players and staff alike. We need to look into those, but on the face of it some very serious allegations."

Despite the presence of a mental skills specialist who is a qualified psychologist and doctor on tour, Ngata-Aerengamate clearly did not feel comfortable expressing her challenges with those within the team environment.

"Some of those people will have been aware. I'm aware there was an issue on tour but it's very personal to Te Kura," Lendrum said.

"Last night's post was a surprise, definitely. We're a big environment and we're not immune to mental health challenges. Sometimes they can come into the workplace and sometimes they can be triggered by other things.

"Whilst we're really confident in the support structures we have they are never a guarantee of outcomes. That's the case for any part of society. There was a lot of support available for Te Kura but she's detailed the challenges she faced on that tour and it's not nice reading for anybody.

"I'm not aware of other issues being raised by players at the moment but our team management and the culture of the Black Ferns will be at the core of our review.

"It is concerning that in spite of those range of outlets Te Kura felt making her comments on social media was how she needed to have her voice. When we get the opportunity to sit down with her we'll try to understand why that was a necessary step for her."