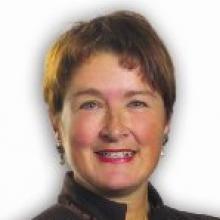 Jane Leahy
Five years on from nearly going under, the Otago Rugby Football Union now has assets of $1.5 million and equity of just under $1 million.

The union has also appointed a second female director as the game continues to strive for diversity.

At the union's annual meeting last night, Jane Leahy was appointed as a director of the union, joining fellow Dunedin businesswoman Rowena Davenport as a female board members.

Leahy is a human resources manager and change manager, who has had various roles throughout the South in the past few years. She replaces Queenstown businessman Kelvin Collins, who did not seek reappointment.

Board chairman Keith Cooper said it was still a challenging year but the board, staff and all the game's volunteers had worked hard and helped make it a good year for the union.

He said the board was now financially sound and, with money in the bank, it now had an asset base.

The challenges of 2012 were in the past.

That year, the Otago union was days away from liquidation with debts of more than $2 million but a rescue package stopped it going under. A new board and constitution was introduced and slowly the union has turned around the financial position.

Cooper said it was still tough going and financial discipline was needed.

The union was very much dependent on sponsors and one of its goals this coming representative season was drawing more spectators to its Mitre 10 Cup games.

He said the union had a good draw which he hoped would attract the crowds.

New Zealand Rugby had increased its financial contribution to the provinces and that was set in stone until 2020, which gave some assurance to unions.

The union had budgeted for a moderate profit of $43,000 for the coming year, helped by hosting a Bledisloe Cup test later this year at Forsyth Barr Stadium.

The union was currently negotiating to host a test next year but was unlikely to get a test in 2019 as there was a limited test programme because of the World Cup in Japan.

Cooper said the high-level goals for the board were participation, high performance, sustainability and collaboration and communication.