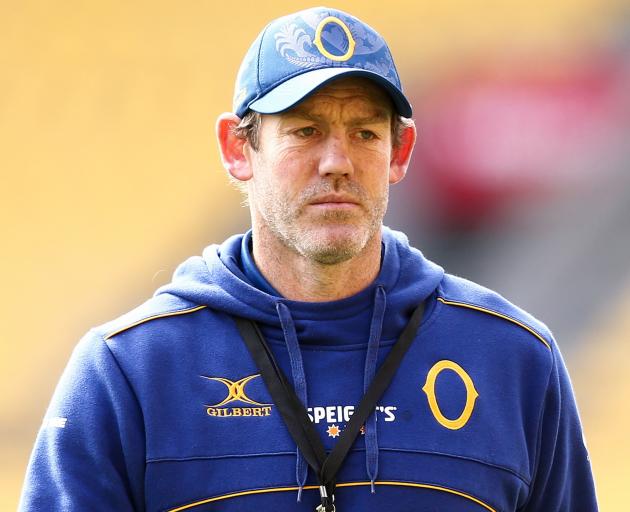 Tom Donnelly. Photo: Getty Images
Otago should make the most of the next two weekends off because the rest of the season schedule could look pretty frantic.

You know the story so far.

Four weekends of NPC rugby were lost but play is scheduled to resume this weekend minus the Auckland-based sides, who will rejoin the competition at a later date, once Covid alert levels allow.

Unfortunately for Otago, it was drawn to play Counties-Manukau this weekend and North Harbour the next.

Those games will now have to be played at another time, which means Otago is destined for a very busy finish to the round robin.

There is a chance those games will have to be abandoned and the points shared, but Otago coach Tom Donnelly revealed an early draft of the replacement draw had his side playing eight games in just over a month.

"The draw changes all the time," Donnelly said.

"When the first draw came out, they had us playing eight games in 36 days, which would have been extremely tough."

"[New Zealand Rugby] are still really hopeful those Auckland teams will be able to take a full part in the competition.

"If that does not look like it is going to happen, they’ll have a second scenario that will come out."

By the time it returns to the field for its away game against Manawatu on October 2, seven weeks will have passed.

"It is what it is. We can’t do much about it other than just get on with it. It does give us a couple more weeks to work on our game and make sure we are ready to go," he said.

Donnelly said that scenario was arguably preferable to rushing back this weekend, when players were perhaps underdone.

There was some consideration given to playing Southland this week to help fill the rugby void and prepare for when both sides re-enter the competition. Southland is not playing this weekend either.

"There was chat we could get together and play but we still have next weekend off as well. The question was do we gear up and play this weekend and then have a weekend off and gear up to play again, or just keep training?"

Otago opted for the latter and will stage an intra-squad game next Friday instead.

Details for that match are still being finalised, but Donnelly is hopeful it will be played at Forsyth Barr Stadium.

"It will just be a scenario-based game for training."

One of the benefits of the long break is injured hooker Liam Coltman might be available towards the end of the campaign.

He picked up a season-ending knee injury during a warm-up game. But with the playing window extended, he may come back into consideration.

"We could lose a couple of players if they have to go somewhere else but we should be pretty good at this stage."