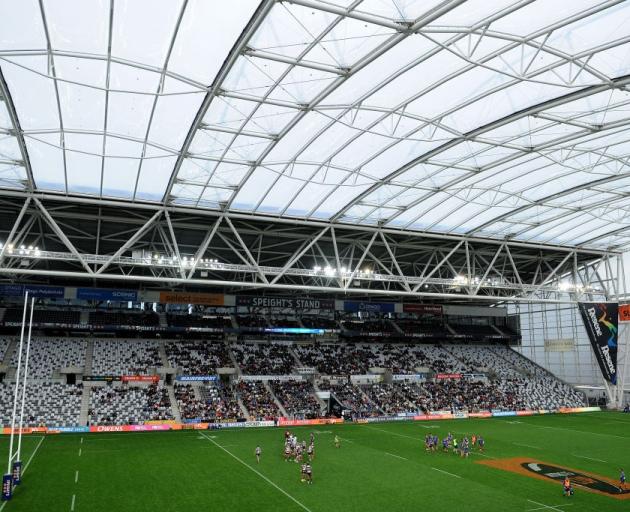 When Otago took on Hawke’s Bay in a Ranfurly Shield challenge just over seven years ago, a crowd of more than 18,000 went to Forsyth Barr Stadium to watch the Magpies steal a victory.

On Sunday, the same two teams met with Hawke’s Bay again coming away with victory. This time though there were just 4800 spectators in the stadium.

One reason for the large crowd in 2013 was it was the first defence of the Log o’ Wood for Otago in more than 50 years.

But to have a drop of more than 12,000 in the size of the crowd in seven years shows how times have changed very quickly in the provincial championship and in the appeal of the shield.

Otago Rugby Football Union general manager Richard Kinley said even last year when the team had seven defences of the shield, crowds were not what the union had anticipated.

He said it was not clear why the crowds were not as large as expected.

"The thing for me is you take the financial side out of it and you can look at it — you have a really unique venue with Forsyth Barr Stadium, with the roof on so you know the conditions of play. We are going to see more tries per game, that has been proved," he said.

"Players, we know, get a really good lift from a good crowd getting in behind it."

But for whatever reason, crowds had not turned up last year or on Sunday.

He said unions were thinking attracting crowds was just as much about creating an atmosphere for the game as about making money.

Live action was a real attraction and, although the game had to be broadcast through television commitments, being at a game was at another level, he believed.

It has often been suggested that to attract crowds the price of tickets should be reduced markedly.

But Kinley said that would lead to a perceived loss of value and attraction for the event.

Other unions had tried reducing ticket prices and it had not resulted in large crowds.

Taking the shield around the province last week had engaged plenty of people but that did not transfer into numbers on Sunday.